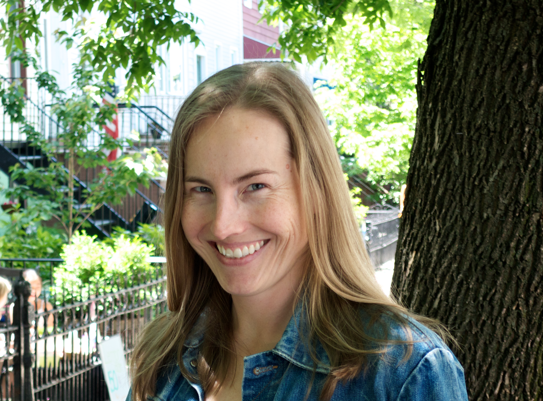 On September 9, ahead of the Frankfurt Book Fair, publishing pros from New York and Finland gathered to preview Finland’s Guest of Honor program and its literature. Journalist Anu Partanen was the keynote speaker at the event. Finland is a small country, and most Finnish commercial and artistic enterprises tend to have fewer middlemen and operate on a smaller scale than in a large market like America. The Finnish publishing industry is a case in point. The role of literary agent, for example, was until recently a profession virtually unknown in Finland. Writers tend to send their manuscripts directly to publishing houses, and sign their contracts without the involvement of a go-between. The advances paid by Finnish publishing houses also tend to be small—only a few thousand dollars — so Finnish writers usually fund their projects by applying for grants and stipends, and by working another job to pay the bills. Only in the past few years have agents appeared in Finland to help Finnish writers reach audiences abroad.

So is all this a handicap for Finnish writers, and how does it affect the character of Finnish literature? Anu Partanen, originally from Finland, is a journalist based in New York City.

Several Finnish authors I spoke with said the same thing: Compared to American books, Finnish books are often more experimental in the way they present ideas, characters, and plot. Finnish writing tends to be less driven by a commercial impulse to entertain. When Finnish writers pick up an American novel, they are accustomed to being sucked into a story that runs like clockwork, with language and structure that have been crafted and edited for the kind of fluidity that entertains a wide audience. And Finnish writers assume this is partly thanks to the involvement of the literary agent in the U.S. — the first intermediary, the first gatekeeper, who helps the author develop the book into a sellable project. After that the editor comes along to help finish the job.

Yet for Finnish authors, the lack of such an intermediary in Finnish publishing also means that Finnish literature can be quite avant-garde, experimental, philosophical, and critically engaged with social issues, or even just plain weird. There isn’t the same gauntlet of gatekeepers to get through, who might prefer to steer a book primarily towards salability. Indeed, in Finland, where the size of the market makes it hard to make real money as an author no matter what you do, writers end up having a certain freedom from such considerations, and writing can be more of an artistic enterprise. Of course, this can result in uneven quality, but it can also result in very original works of art—works that cross genres, and that surprise the reader in wonderful ways.

As readers, Finns love literary fiction. The bestseller lists frequently feature Finnish novelists such as Sofi Oksanen, Riikka Pulkkinen, Juha Itkonen, Jari Tervo and Kari Hotakainen, many of whom are represented at the Frankfurt Book Fair. These writers produce a wide range of work; some of their books are tough and even shocking, some poetic and sensitive, some amusing and ironic, some realistic and simple. Yet they are all characterized by thoughtfulness, intellect, and a desire to understand human existence.

Right now Finns are showing special love for ambitious, historical literary fiction that deals with painful events of the past, either within Finland or globally. Perhaps the icon of this literary trend is Sofi Oksanen, the international bestselling Finnish writer known for her striking goth looks and even more striking prose, who has written several gripping novels set in Finland’s neighboring Baltic state of Estonia under Soviet rule. But other examples can be found on the impressive roster of books nominated for Finland’s most prestigious literary award, the Finlandia Prize.

Last year, the Finlandia Prize went to a writer named Riikka Pelo for her novel Our Everyday Lives, which is based on the historical characters Marina Tsvetajeva, the Russian poet, and her daughter Alja, and which takes place in the Soviet Union and Czechoslovakia between the two World Wars.

Other nominees include Asko Sahlberg’s fascinating tale, Herod, about Herod the Antipas, whom we know from the Bible as the ruler who ordered John the Babtist killed, and who had a role in Jesus’s crucifixion. Also nominated and noteworthy is J-P Koskinen’s novel, My Friend Rasputin, narrated by the fictional protégé of this real-life Russian mystic and adviser to the last Czar. Another contender, Kjell Westö’s Mirage 38, uses true events that occurred in Finland in 1938, when a Jewish athlete who won the 100-meter sprint during opening ceremonies at the new Helsinki Olympic Stadium was dropped to fourth place in the official results because there were German Nazis in the audience. Most of these and other books nominated for the Finlandia Prize are, every year, among the bestselling books in Finland.

Another characteristic of Finnish literature that makes it special, particularly at the moment, is the current reign of powerful female writers. I have mentioned Sofi Oksanen and Riikka Pelo, but there are many more. The writer Katri Lipson won the European Union Prize for Literature last year with her novel, The Ice-Cream Man. And young adult fiction written by Salla Simukka and Emmi Itäranta, for example, has been published in dozens of languages, including in English in the U.S.

What about Nordic Noir, you may ask? Dark crime thrillers are, after all, what we have come to expect from Nordic writers, whether in the form of books or movies or TV shows. Finland does indeed have its own share of extremely popular crime novelists, such as Leena Lehtolainen, Ilkka Remes, and Pekka Hiltunen, to name but a few. Some of their work is available in English in the new collection Helsinki Noir. Never fear, Finnish writers can be delightfully poetic and sensitive, amusing and ironic, but they can scare you, too.