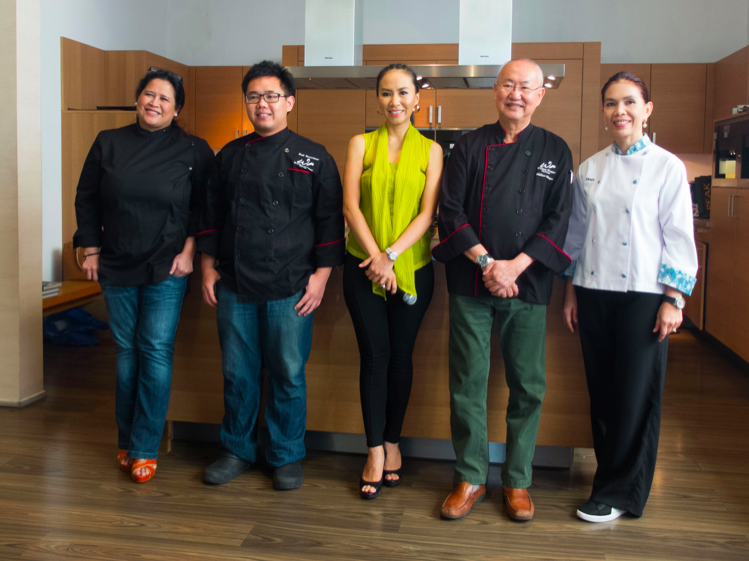 Indonesian chefs will show off their culinary skills at this year’s Frankfurt Book Fair in advance of the country’s participation as Guest of Honor in 2015.

Indonesian cuisine is one of the most vibrant, colorful, and mouth-watering cuisines in the world, offering a wide range of gastronomic experiences in terms of taste, texture and type. Food is central to Indonesian culture. Featured in rituals, ceremonies and celebrations, each region offers distinctive ingredients as well as fascinating histories. The cuisine is as varied as the ethnic groups who inhabit the 6,000 populated islands included in the 17,000 islands that make up the world’s largest archipelago.

With the archipelago’s strategic geographical location and abundant natural wealth, the islands that now make up Indonesia were at the crossroads of the ancient world, astride the great routes between Asia and Middle East. Indonesia’s indigenous ingredients and spices were traded by many nations, and was the starting point for the historically famous “spice route.”

In more modern times Indonesia has gone through intense political and economic change, during which period the country’s food and beverage sector has served as a safe haven for both the economy and employment in general. In the past few years, Indonesia’s culinary economy has enjoyed extraordinary expansion and in 2013 contributed IDR 208.6 trillion (€13 billion) to the country’s GDP and offered employment to 31% of the workforce.

“Like Indonesian literature, the amazing variety of Indonesian cuisine reveals a great deal about the social milieu in which it was born,” says John McGlynn, co-founder and chairman of the Lontar Foundation. “The country’s extraordinarily diverse culture is reflected in the richness of its cuisine.”

This year, Indonesia is proud to present its culinary heritage at the fair with renowned Indonesian chefs who will demonstrate their culinary skills a the Frankfurt Book Fair’s Gourmet Gallery from 8-11 October and at Blumen Restaurant from 8-9 October.

“Despite its size as the fourth largest country in the world, the food of Indonesia remains a well-kept secret — which is something of an irony given that our wealth of spices was much sought after in past,” says one of the chefs, Ms. Petty Elliott. “In my view, the time is right for discovering the delights of modern Indonesian cuisine.”

Ms. Elliott has developed Indonesian recipes using modern cooking techniques transferring traditional bamboo-cooking techniques to the modern oven, and from banana leaves to the baking tray. Her emphasis is on the use of high quality ingredients, to bring out freshness and balance for a healthier, lighter diet without losing the complexity and depth of traditional Indonesian spices and herbs.

William Wongso, Indonesia’s culinary godfather, adds “I am looking forward to sharing the mystery of Indonesia’s culinary traditions with the German people.” William has been working for more than 20 years in promoting Indonesian culinary abroad, and he also leads the Food Diplomacy Program endorsed by the Indonesian government. Part of the program seeks to bring onto the global stage 30 Indonesian traditional culinary icons. His presentation will include the best flavors of this nation’s proud culinary heritage. It projects the richness of the nation’s geography, history and culture.

For Sandra Djohan, it is also important to convey her personal philosophy on being a chef. “Cooking isn’t about sophistication, or money, or knowledge. At its heart, cooking is about passion, love and creativity,” she explains. “In general, it seems, Europeans are curious about Asian foods. I hope the Frankfurt Book Fair will serve to pique their interest in Indonesian food—one of the major Asian cuisines that is not well known in Europe.”

The three chefs were chosen first and foremost for their extraordinary talents in the kitchen, but also because each has already published cookbooks in English, which surely will help to introduce Indonesian cuisine to the global market. Indonesia’s cookbook industry is now thriving and has branched into digital world.

These events will give incredible opportunity to connect food, literature and culture of Indonesia and give the international literary and publishing heavy weights a taste and touch point to Indonesia’s 17,000 islands of imagination.