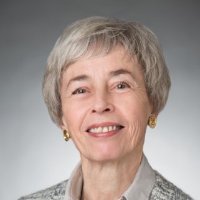 BISG award-winner Appelbaum reflects on changes in the industry and explains why the lack of stats for indie and self-publishing authors is misleading us all.

What’s the biggest change happening in publishing today? Judith Appelbaum can tell you in a phrase: WYSIATI. On September 19th, the long-time publishing industry professional will receive the Lifetime Service Award from the Book Industry Study Group (BISG). Appelbaum has worked in the industry since her first job out of college at Harper’s magazine, through stints as a columnist for The New York Times Book Review and managing editor for Publishers Weekly. In 1984, she launched her own company, Sensible Solutions, through which she helps authors and publishers with target marketing. She is the author of How to Get Happily Published: A Complete and Candid Guide, in its 5th edition and with 500,000+ copies in print. All of this experience has given Appelbaum has a wide lens through which to observe industry growth and change.

WYSIATI, an acronym borrowed from Daniel Kahneman’s Thinking Fast and Slow, means that “what you see is is all there is.” It’s something akin to a baby’s missing sense of object permanence: if it’s not in front of you, it doesn’t exist. This phenomenon would account for why Appelbaum, a keen and practical observer of the publishing business, believes that the biggest change in the industry is something that has gone largely unnoticed.

In 1998, Appelbaum sat for an interview with online journal Writers Write. Asked then what she thought the biggest change was in publishing over the previous 20 years, Appelbaum responded that it was “the enormous growth of professional, profitable small publishing companies.” Asked how she might answer the same question today, Appelbaum responds: “Oh, I’d say the same thing!”

Small, Indie and Self-publishers are Changing the Business

The introduction of important new digital formats notwithstanding, Appelbaum firmly believes that the most momentous change taking place right now in publishing is among small, independent, and self-publishers. “The enormous growth in small publishers and self-publishers began decades ago and has escalated enormously with digital opportunities.” Despite the existence of this growth, Appelbaum is convinced it is mostly undetected by the industry as a whole. “Its impact is almost as invisible as it used to be,” she says.

Appelbaum explains why this surge in indie publishing is mostly unnoticed. “Circling back to BISG, one goal from the beginning was to get some reliable numbers about what was happening. That’s a brave goal and it’s still a goal, but those figures still do not include enormous amounts of activity by small and self-publishers. They’re not there because a lot of very profitable smaller publishers sell either partly or exclusively outside the trade and nobody counts those sales. Nobody can count them. The people who might count them don’t care enough to count them because it’s not their main business.”

Appelbaum explains that many self-published authors, whose sales may be significant, don’t report to anyone who’s compiling industry statistics. In addition, she says, many sales by established publishers into the gift market and other non-trade outlets go unreported. “BookScan figures are the best we have but it’s missing a whole lot. And Amazon never tells anybody anything and there’s a lot going on there.”

“There’s anecdotal awareness but no systematic awareness,” Appelbaum laments. “If I had a magic wand (which I don’t think I have – more’s the pity!), I would find some way of collecting figures about book sales that we just plain don’t have.”

As to what happens next, Appelbaum speculates: “What I think is that this segment is going to continue to grow, and I suspect that that visible segment is going to continue to be unable to see it and is going to wonder why what they see as their whole industry is flat.” With digital production and distribution making books “easier to get,” Appelbaum anticipates a continuing publishing surge, but one that will remain under the radar. As these smaller, specialized publishers, many of whom she knows about from her work with Independent Book Publishers Association (see below), continue to grow, Appelbaum anticipates an overall market benefit. “If I’m right that the market has expanded and the fact that different segments are the ones doing the growing and expanding, that still leaves plenty for the traditional players.”

As for the retail supply chain, Appelbaum is watching that as well. “I’m interested to see, and probably everybody is, how Amazon’s, shall we say, dominance is going to develop. But I wouldn’t hazard a guess except that I don’t think it’s going to kill the industry. I remember very well when B&N was evil incarnate, deciding which books got published and deciding on the covers, and if they didn’t want a book it was dead, dead, dead. That didn’t last forever!

Appelbaum has observed a number of newcomers with experience in other industries entering publishing. While she appreciates their fresh approach, she’s concerned about their lack of industry knowledge. “I think it’s always a problem that people entering some new line of activity tend not to have enough information or the right information.” Appelbaum is actively involved with the Independent Book Publishers Association (IBPA), and edits their monthly magazine, The Independent. She appreciates that IBPA provides education. “People coming into the industry with different angles of vision and different ways of doing things have a big plus side, because when you’ve been doing something for a long time in one way you tend to keep doing it that way. I see it as sort of a positive problem: it’s messy and uncomfortable while people from different industries are trying to interact successfully, but I think on the whole it’s healthy ferment.”

As for the award ceremony at Friday’s BISG Annual Meeting of Members, Appelbaum says she’s very pleased to be the recipient of the Lifetime Achievement Award. She’s been an active member of the organization since it launched in 1975 and believes it has an important mission, which she describes as: “trying to find out best way for publishers to reach their readers.” This is a route she says is “risky and dicey and full of potholes.”

“The writer to reader process so many glitches in it,” says Appelbaum. She became involved with BISG shortly after it started. “I heard about BISG and how it was bound and determined to improve the interactions among all the players in the value chain. The route from writers to readers has tons of interactions between players, and that’s where things usually go sour. And BISG was going to devote itself, at least in part, to fixing that or at least ameliorating it. I was very excited to be part of it.”

Looking back on a lifetime of publishing, Appelbaum is sanguine about her chosen profession.
“It’s interesting to watch. Sometimes I get angry or worried or cheered. That’s part of it being messy—there’s good stuff and bad stuff. Messy can be very useful.”