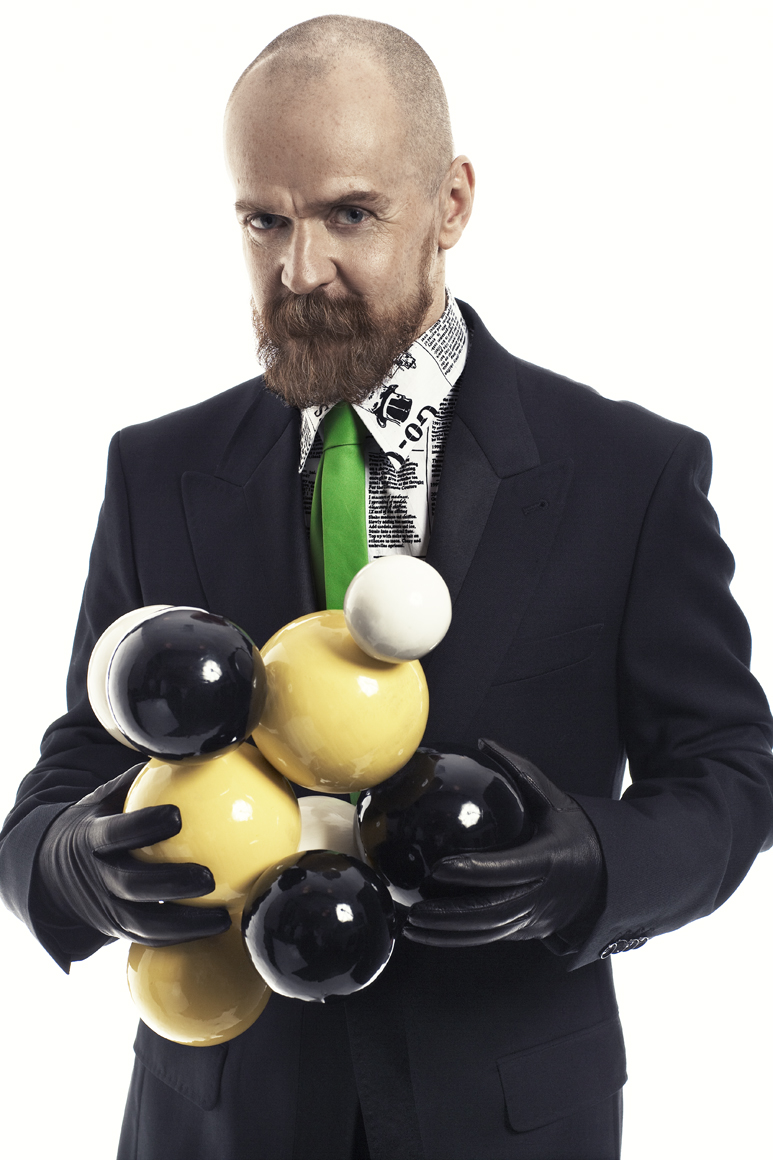 “An iconoclast, a genius, a marvelous talent” is how music producer Ted Templeton described Van Morrison in 1973 (before Morrison sacked him as his co-producer), but these titles could just as easily apply to cyber-philosopher (and former musician, producer, sex worker), Alexander Bard. Bard, a Swede who travels and seemingly lives all over the earth, is the co-author of The Futurica Trilology (Stockholm Text: Stockholm and Seattle, 2012), books that have been translated into 20 languages and have sold over 300,000 copies, and the upcoming Syntheism: Creating God in the Internet Age, which launches next month and Bard himself will be part of Frankfurt Book Fair StoryDrive.

Bard’s premise—or more particularly, one of Bard’s many premises—is that the Internet age is so new, so vast, so unlike the past that a new spirituality must be created for it: Syntheism. Hard to define, mainly because it is so very new, Syntheism takes as its starting-point post-atheism. And part of its attraction is that, because we are “all now connected and interconnected via the web” (indeed, our hour-long discussion was done in a Google Hangout), it is much easier to start a new religion, or to use Bard’s words “a more effective, more relevant spirituality” that grows organically with the internet, which is itself out of its infancy and entering a level of maturity.

These two stages of growth were, according to Giambattista Vico, “divine/primitive” followed by “heroic.” However, per Bard, the “hero” — a much misused term — is “dead”: long live the heroic community. Or “swarm.” Or “hive.” And since “we’ve let the genie out of the bottle and we don’t know what we’ve created” in terms of this community on the internet, the time is ripe for a new form of spirituality. And the death of the hero isn’t necessarily a bad thing, either, per Bard: after Napoleon went from General to Emperor to megalomaniac, “we made Napoleon the ideal for the industrial society, and for the past 200 years we’ve been preaching ‘individuality,’ the artist as the auteur — but all these ideas and ideals of the individual are dying and they are dying quickly due to web: it’s becoming vulgar to be an individual because we should be building communities and relationships.” As a nice coda for this Bard added, “Perhaps Steve Jobs was the last great industrialist. And because he was such an individual, maybe that’s why Apple has failed so miserably at the social-networking side.”

Bard is a fascinating character, but that makes him sound like a persona and not a person. Which is not quite fair to him: he is deeply interested “in people” especially young people. And he is obviously amazingly erudite: a true philosopher who thinks before he speaks (let alone writes), and is conversant in Hegelian dialectics, Kierkegaardian existentialism and Aristotleian dualism the way most people talk about their favorite sports stars.

But it’s not “all-in-the-mind” for Bard: he is very much a technocrat, a doer who spent twenty-five years in the music industry (after studying economics in college), and now, no longer producing music, he’s a judge on the Swedish TV version of “American Idol”: “It’s my way of giving back to the young people entering music today.”

A convert to Zoroastrianism, a religion which has about a quarter-million believers, mainly the Parsis in India (“They are kind of like the Jews of India: foreigners who have become very successful in a foreign land), Bard is passionately concerned with the “essence of spirituality” and deplores fundamentalism in all its manifestations. “Fundamentalism is really a new invention—and a bad one at that — a psychologist would call it ‘compensation-behaviour’: for example, if you really believe, practice and pray as an ardent Muslim, you won’t feel compelled to cut off someone’s head and upload the video.”

Syntheism, which takes “sloppy New Age–ism where it could never have gone,” is in a sense the antidote to this: instead of pretending to have all the answers (as fundamentalists do), Bard notes that “it’s all about the search, the striving…ultimately it’s about the questions.”

Bard, who resembles a light-skinned Shel Silverstein with a ZZ-Top beard, is passionately concerned with “young people who have grown up never knowing a world without the internet — I’m concerned with their future (which is ours) because it is such radically uncharted territory. Because when you think about it, young people are smartphones.”

In addition to philosophy, psychology, technology, history, theology of religions, Bard is fascinated with revolutions — “revolutions are technologically-based phenomena.” For example: “In 1789, France had one of the highest literacy rates in the world. And so people were able to read and then act on the political tracts that encouraged them to topple the ancein regime.” And, unfortunately, just like fundamentalists, then chop of their heads. But he seemed to agree with Marc Bolan’s dictim that, “There will be no revolution, because the revolution has already happened.”

A contributor to WikiLeaks — “I’m much more worried about the NSA gathering information than about Google or Facebook; Google and Facebook don’t have armies or a police force” — Bard is no fan of Twitter, “Which is just a megaphone for people who have followers (like me). It’s wildly uneven — and unfair to the people who do not have followers.”

Bard, who is a media expert along the lines of Marshall McLuhan, also “gets paid a lot of money to lecture advertising executives about how hard their jobs are going to be in the future.” And he’s absolutely right: “Think about it: we avoid advertisements like spam, we put them in a junk folder—and Spam is just bad advertising. What I try to tell marketers is that they have to create ‘info-tainment,’ that their message must absolutely fascinate people.”

Bard himself is as fascinating as is his trilogy, but while the books are eminently readable — and even enjoyable — there’s a lack of notation. So, at least in English, there are no foot-, end- or in-text-notes, which is deliberate, so one is forced to take Bard at his word. But that’s where Bard is at his best: speaking. His American-English is flawless, and he is sincere without being precious. Further, unlike so many academics, he is not merely re-hashing the post-structuralists, though he is fluent in the works of everyone from de Saussure to Foucault. Indeed, the more we spok e —and in fairness to him, he did a lot of listening to my questions — he struck me as that very rare person: an original who isn’t grandstanding about it, but not embarrassed by his originality either.

Asked to be his own exegete Bard said, “I write books for myself, I write them out of love and out of lust — but I love to share them, too.”

Alexander Bard will deliver the “Wake Up Call” at the Storydrive conference at the Frankfurt Book Fair on October 10, from 10:30-11:00.