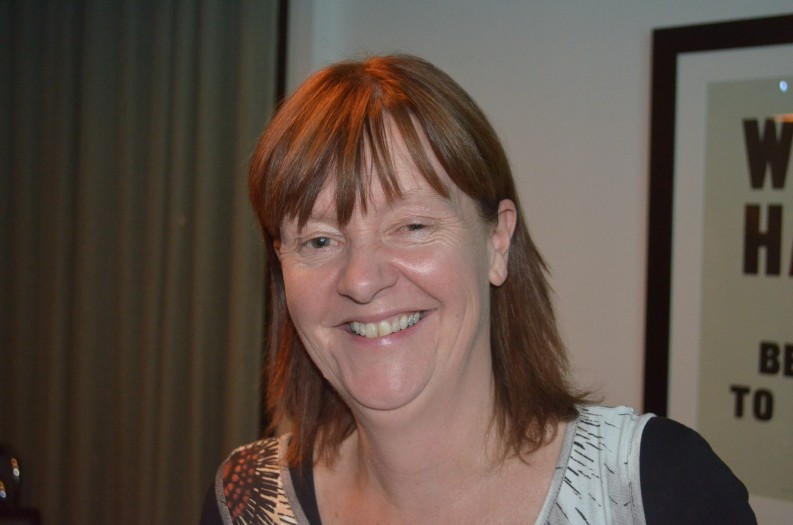 Orna Ross from the Alliance of Independent Authors

Self-publishing — or independent publishing, or author publishing, call it what you will — is a partnership, says Orna Ross, Founder and Director of the Alliance of Independent Authors. “No writer is an island,” she told delegates at the London Book Fair’s latest Tech Tuesday session on ‘the rise and rise of self-publishing,’ chaired by LBF Director Jacks Thomas and held in fashionable Hoxton in east London. “We can’t do it by ourselves. Writers need support — editorial, production, promotion, design…Very few people can do all those things themselves. Writers need to take advice and need to invest, especially in editorial, typically £3,000 to £5,000.”

In essence, this is like a reverse advance, being paid to various freelancers — or a single company operating a platform — the difference being that the author begins earning back straightaway and most likely at a much higher rate than through a traditional house. Of course, as has often been pointed out, if you put together all the services that the self-published author buys in it could be argued that what you have is more or less a publisher.

For Brenda van Camp from San Francisco-based “creative self-publishing platform,” Blurb, publishing is not either one or the other — both approaches can co-exist. “I like our authors to look at their work and ask themselves whether it has mass appeal, or is it just a run of 500? Sometimes, it if won’t work through the traditional model, it will work fine as a piece of self-publishing. Self-published books are not books that have failed. You have to take things on a project-by-project basis. We have some well-known authors who work with big publishers, but who publish smaller projects through us.”

Representing traditional publishers was David Shelley, Publisher of Little Brown, who had the difficult position of having to defend the status quo, having to point out that large houses have infrastructures and systems in place that may not sound sexy, but can be beneficial to authors. Floating somewhere between both was ghostwriter Andrew Crofts who has written for publishers large and very small. He took things right back to basics with a neat summary of the whole history of storytelling and the book industry. “We went from storytelling around the fire where the audience were the most important people, to a situation where storytellers forgot about audiences, forgot about readers and began to concentrate on pleasing publishers…”

This is where the rot set in, he believes (although he was overstating it, one feels, giving “good panel,” as it were), and eventually created the conditions for self-publishing to emerge, once the tools were there.

What self-publishing has done is to relight the campfire. The glow of the tablet, mobile or laptop screen may have replaced the flames, but the direct engagement with the reader that the storyteller had in the cave has come back in ways that no one would have imagined, thanks to social media. The warmth of these digital flames can now be felt around the world – we’re all in the cave again, only now it’s both enormous and intimate.

Ross certainly applauds social media and says it has revolutionized the way people reach readers. “It’s a wonderful experience, when you publish yourself and reach your readers directly,” she says. “It has changed what I write and how I write. You have a conversation with your readers. When one of my books wasn’t selling so well and I thought about changing the cover I asked people what they thought and got some amazing tips.”

Like Hugh Howey, Ross is something of a legend in the self-publishing field. If you’ll forgive a somewhat dated reference, she deserves her own Bateman cartoon: “The Woman Who Said No to Penguin.” In 2011 she took her rights backs from the publisher to republish her books herself, with the titles and treatment she had originally envisaged. It was a case of goodbye Tesco, hello freedom.

Crofts couldn’t resist an entertaining broadside aimed at Penguin, Random House, Hachette UK and HarperCollins. “Very few books justify a big office block overlooking the Thames,” he said, referring to the big four all of whom either already have — or are about to have — swanky HQs along the river. “It all went mad in the nineties, with everyone merging,” he continued. “At this rate there’ll probably just be one giant company…” The Tech Tuesday line up of speakers on self-publishing was extremely good-natured.

It was all good-natured, all delivered with smiles. Shelley, understandably, had to defend his corner, observing: “Large publishers are very well equipped to handle all kinds of rights, to look at 360-degree exploitation of IP beyond books. We have a lot of prove as publishers, but we do also have an infrastructure and a team and computer systems that allow us to help authors in important ways. One small example: we’ve just sold Turkish rights for a book that was 25 years old — it might only be a small thing, but for that author it’s important.”

He noted too — and this was perhaps the most significant moment of the evening — that the various approaches being discussed were “all publishing.” One wonders if a new consensus isn’t now emerging, one in which all old definitions and divisions are blurring, with power shifting back to the creators. “The writer is the publisher now and all the many ways of reaching readers are services,” said Ross.

Orna Ross will be talking about Author Success Stories on Saturday 11 October during the Frankfurt Book Fair’s two-day program on self-publishing.