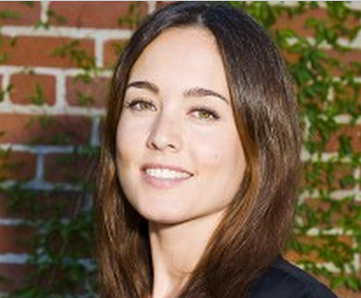 As part of our ongoing series of Q&A’s with the world’s leading literary agents, scouts and rights managers, Publishing Perspectives talks to Marleen Seegers, co-founder of the 2 Seas Agency in California. What have been your biggest success stories over the past few years?

In 2014 we’ve booked several very nice successes, in particular for our client Allary Editions, whose world translation rights we represent since January. We have so far negotiated no less than 25 rights deals for their titles. Riad Sattouf’s best-selling graphic novel L’Arabe du futur for instance was pre-empted by Metropolitan Books in the US, in a three-book deal, during BookExpo America. We’ve also sold rights to Brazil, Germany, Holland, Italy, South Korea and Spain, all at auction, and there surely are more countries to follow.

What is the greatest challenge you face in selling rights?

When my partner and I launched the agency in the summer of 2011, I found it challenging to build the “2 Seas Agency” brand. Of course we both had an extensive network from the years we’d already been working in international publishing. I had previously sold foreign rights at Editions Stock, France’s oldest publishing house and part of the Hachette Livre group, which has a strong image throughout the world. However, in June 2011 I no longer was Marleen Seegers from Editions Stock, for whom acquiring editors’ doors opened almost by magic. Instead I was Marleen Seegers, co-founder of 2 Seas Agency, a new foreign rights agency, which had yet to build its client list.

It took time for publishing professionals to regain confidence in the new agency. Many of them expected us to prove ourselves in our new role before opening up the door again. In the beginning we invested in dynamic social media strategies and various other marketing approaches to make our titles jump out of the pile of other agents’ submissions.

In the past few years we’ve been traveling intensively to international book fairs and publishers’ offices in amongst others Paris, Beijing, New York, Amsterdam, Rio de Janeiro, and Berlin. We regularly add publishing-related articles to our website (our international book fair calendar has become a well-known reference) that help other professionals understand the industry and our agency ethos. We also send out monthly newsletters, and keep very active social media accounts. Thanks to all these efforts — combined with the wonderful titles we represent, which are essential to our activities—acquiring editors now know about 2 Seas Agency and what we have to offer — quality titles from an exciting variety of countries. The days of the “wait and see” attitude are well behind us!

Are there specific international markets you see as offering the greatest opportunity?

That depends on the kind of titles we’re selling. We’ve been doing very well in Germany, which tends to be Francophile, and that is of course good for our French titles. It is also the biggest acquiring market for Dutch titles, which are well-represented in our foreign rights catalog, too.

Other than Germany, we’ve been selling our French titles very well to Spain and Italy. At some point last year we noticed a real increase in the number of deals with Korea and Turkey, but that movement seems to have slowed down in the past couple of months. And traditionally, English-language business titles sell well in Asia and Eastern Europe.

What specific advice or “best practices” do you implement in working with these markets?

My advice is: Go there! Creating long-lasting personal relationships is extremely important when selling rights. As I mentioned before, I’ve done a lot of traveling since starting the agency, and will continue to do so. I mainly focus on the markets to which we sell directly: France, Germany, The Netherlands, the English-speaking countries, and Scandinavia.

Unfortunately I haven’t had the chance yet to attend the Gothenburg Book Fair, but it’s definitely on my radar. This fall I’ll be visiting publishers in Munich, Paris, and Amsterdam before attending the Frankfurt Book Fair. Then, two weeks after Frankfurt, I’ll be traveling to the Sharjah International Book Fair, to take part in their fellowship.

I believe the digital revolution has started to offer alternative possibilities for rights sellers, especially for the English language, which traditionally is a difficult language territory to conquer. Publishing a book in translation requires a much higher financial investment than publishing a domestic title. Publishers are increasingly concerned about their budget, which represents an extra challenge for rights sellers.

In the last couple of years, several English-language publishers such as Le French Book and Frisch & Co have started to publish e-originals in translation. These digital-first editions lower the financial threshold considerably, hence making it possible for certain foreign titles to be published in English — and let’s not forget that having a complete English translation opens up new possibilities for other markets, too.

Once they have signed an agreement for the English rights, these publishers actively start looking for partnerships with traditional print and audio publishers. Le French Book, to whom we sold a crime trilogy by French author David Khara, recently signed a distribution deal with Ingram for print editions of their titles. Frisch & Co had a very nice success earlier this year with German author Uwe Tellkamp’s The Tower, in which Penguin UK then went on to acquire print rights.

If you’d like to find out more about e-originals in translation, I’d suggest you read “Why I Publish Ebooks, or the Future of Literary Translation” by Frisch & Co’s founder EJ Van Lanen, or our own article “Alternative Business Models 1: E-originals in Translation.”

After having worked in the French publishing scene for 8 years, Dutch-born Marleen Seegers moved to California in 2011 where she and her partner founded 2 Seas Agency. They represent foreign rights on behalf an exciting variety of publishers, agents and authors from all corners of the globe. Although California is her home base now, Marleen travels extensively to meet with publishing professionals throughout the world.