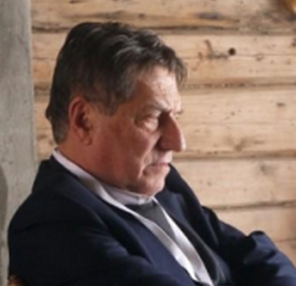 Italian writer Claudio Magris (b. 1939) has been awarded the 2014 Prize in Romance Languages by the Guadalajara International Book Fair (FIL).

The prize of $150,000 is given annually to honor a poet, a fiction writer, or a creative nonfiction writer who writes in Catalan, French, Galician, Italian, Portuguese, Romanian, or Spanish. It is awarded by a consortium of Mexican government agencies, banks, and universities.

Magris found fame with his 1986 travelogue and historical study Danube: A Sentimental Journey from the Source to the Black Sea, described by its author as “a drowned novel” and winner of best foreign book in France in 1990.

He has since trawled a selection of awards and prizes, including the 1997 Strega Prize, Italy’s most prestigious literary award for a work of prose fiction, for his book of short stories Microcosmi, and Spain’s Príncipe de Asturias prize in 2004.

“A thinker in diverse languages, Magris encapsulates the best humanist tradition by combining his own experience with the collective memory of the history of central Europe as a space for dialog between the cultures of the Danube and the Mediterranean,” the FIL’s prize jury said in a statement.

Sexto Piso, his publisher in Mexico, announced on Monday it will publish a new book of Magris’ stories, The Count and Other Stories, a few days before the FIL opens in November, in a translation by María Teresa Meneses.

The FIL takes place in Guadalajara, Mexico, from November 29 thru December 7.