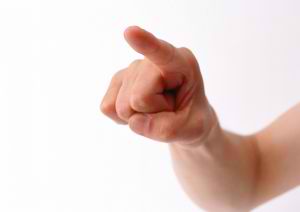 A ghost writer and former journalist argues that publicists need to work more closely with authors and receive proper training if they are to be truly effective. There appears to be a great big hole in the heart of the publishing world — a hole that is threatening the shelf lives of millions of books. As a ghostwriter who specializes in non-fiction memoir I’m aware of the thousands of pounds and dollars editors are sinking into this market.

Every week the supermarket shelves are stuffed to the gills with the latest celebrity, inspirational or nostalgic memoir and the reasons are obvious: firstly, they sell and secondly, they don’t need big marketing campaigns.

They do, however, rely on one thing: publicity.

Whenever an editor is considering buying a book they look at the potential for publicity – free advertising. What they don’t realize is that often, their own publicity departments lack the necessary skills and strategies to secure this free advertising.

And the reason is simple: they’re not journalists.

As a journalist of over 20 years, I find this immensely frustrating. I spend months writing books which scream out headlines to me – I file these “top lines” away in my notes, ready to give to the publicity departments to help them suggest angles to journalists.

And they are ignored.

I write “Tasters” — fully formed articles — to be sent to editors, which go nowhere.

I beg for a chat on the phone — and nobody calls.

They have a formula, you see, an old, tired, worn-out formula that basically involves wrapping up a book in a sweet little press release, sending it out and waiting for the phone to ring.

And when that doesn’t work, and the book looks like it is going to die a death without one media mention, I finally get the thumbs up, swoop in and generate worldwide headlines.

It’s not because I have a bulging contacts book or some kind of special relationship with the people who matter — it’s because I am a journalist and I know how an editor thinks, how a newsroom works and what another journalist needs to do their job.

There’s no big secret to it, but it does involve being pro-active, putting in a little groundwork and employing tenacity and determination. It also involves talking to the author occasionally!

After all, we authors know where the little treasures are buried in the book and how to build on these to create articles that will fly into a paper, online or around the world.

As the publishing world shifts into a new gear with the onset of the ebook and the growth of self-publishing, established companies need to look at how they are engaging with the public.

There needs to be a new kind of relationship between publishers, authors and all forms of media that involves working collaboratively to build a strategy to ensure maximum exposure.

For example, I’ve never yet met a publicist in a large publishing house who has approached local papers — or at least not with a product they can use. Why not? They’re desperate for great local stories, put them on the front page and talk directly to the people who will be interested in reading the book.

They are also scanned regularly by all the national papers — which means you can build a campaign from the ground up, neatly ditching the issue of papers avoiding your story if a rival has secured the exclusive.

Perhaps, in the end, it would be useful for publishers to employ journalists in publicity departments in order to give their investments the best chance of success. At the very least a training course for publicists on how to read a book with a view to working up some good headlines would be useful.

And without the oxygen of publicity many great non-fiction books — potential bestsellers — will simply go into cardiac arrest and die.

I for one, refuse to stand by and let that happen!

A version of this article originally appeared on the website of the Andrew Lownie Literary Agency, founded in 1988, is one of the UK’s leading boutique literary agencies with some two hundred authors, and was shortlisted in 2014 for The Bookseller’s UK literary agent of the year.