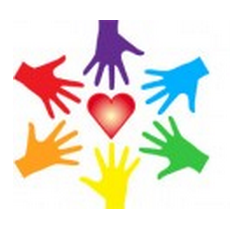 Harmony Ink Press’s Anne Regan discusses the publisher’s move into LGBTQ+ YA books, the reaction from readers, parents and teachers, and the publisher’s plans for the future.

“…you literally changed the course of my future.” When I was growing up, there were no gay characters in YA books. None. Period. It was like they, and by extension me and countless other gay kids, didn’t exist or, at the least, weren’t worth taking notice of. We were invisible. And apparently, didn’t deserve to be seen.

But times, as we know, have changed. A lot. And recently, Dreamspinner Press, a leading publisher of gay romance novels, decided to address that change by launching a new imprint, Harmony Ink Press, with the goal of publishing quality, positive LGBT fiction for a YA audience.

I had the opportunity to meet Harmony Ink Press’s Executive Editor Anne Regan at this year’s BEA, and recently interviewed her about the challenges and opportunities in publishing books aimed at LGBTQ+ youth.

Could you tell me a little about the origins of Harmony Ink Press? The concept, it’s beginnings…

“Dreamspinner Press was founded by people who love books, and people who love books begin that love affair when they’re young by identifying with characters in the books they read. In many cases, people can look back on specific books as turning points in their lives. As a publisher of gay romance, we’ve been aware of the lack of books presenting positive LGBTQ+ characters for teens to identify with – characters who would resonate with teens because they recognize them, know them, are them. We’d been talking for sometime about producing the kinds of books that LGBTQ+ teens could connect with.

“In June of 2011 Dreamspinner attended the American Library Association midyear meeting in New Orleans. Our booth was inundated with librarians asking us if we published young adult fiction, because they saw a desperate need for books they could offer to their LGBTQ+ teens. That was the impulse for creating the Harmony Ink imprint, and our first title was released less than a year later.

What were your first books, and what was the response from bookstores, libraries, readers…” “Our first release was Seidman by James Erich in June 2012, a historical novel about a gay teen in Viking-age Iceland. It was followed by contemporary novels such as Heartless by J. Roman, Don’t Judge a Book by Its Cover by Robbie Michaels, and Tales From Foster High by John Goode. Since then Harmony Ink has grown to a weekly release every Thursday. We publish a variety of genres – contemporary, science fiction, fantasy, paranormal, mystery, and historical – across the full range of LGBTQ+ identification.

“The reaction from librarians and teachers has been overwhelming. When we attended the Public Library Association conference this spring, everyone who stopped at our booth was asking about YA titles and was thrilled at how much we have available. Getting these books into school and public libraries is key, because not every teen has parents who will buy them for them or the kind of family where they’d feel comfortable bringing them home. Being able to find these books in libraries gives teens access no matter what their individual situation is like.

“In terms of retail sales, the distribution growth is slower than we’d like to see. Interest from bookstores has been limited, even those that carry our adult titles, and the majority of sales are made online. Books can be purchased directly from our website, as well as retailers such as Amazon and Barnes & Noble. Libraries can order our titles through Baker and Taylor, Ingram, or Overdrive, or contact us to place orders directly at a larger discount than is available through resellers.

“Reader reaction has been extremely gratifying. Much of our feedback comes from adult readers who almost always say something along the lines of ‘I wish there had been books like this when I was growing up.’ Several of our authors have also been contacted directly by teen readers. One example is Jamie Mayfield, the author of the Waiting for Forever series, which deals graphically with the lives of abused and abandoned gay teens. A sixteen-year-old wrote to Jamie, ‘I just have to thank you more than you can possibly imagine, you literally changed the course of my future. I cannot begin to thank you enough for helping me through your amazing novels to become the man I am today. I used to be scared to be myself, now I would be insulted if anyone asked me to be anything but. I owe you so much.’ As Jamie describes it, making a difference like that is better than making the New York Times bestseller list.”

Have there been any negative responses from parents/teachers/etc.?

None at all. We’d actually been braced to receive some, but it’s never materialized. When we’re at trade shows such as BEA, on occasion someone will stop at our booth and then walk away when they realize the titles are LGBTQ+, but we’ve never gotten any negative comments and have received many positive ones, even from people who aren’t necessarily interested in the books themselves, for addressing the need for these kinds of stories.

And what are your plans/dreams for Harmony Ink over the next five…ten years? Our biggest dream is to see a good selection of LGBTQ+ titles in every library, so that the teens looking for them can find them. One of the comments we heard from a librarian at PLA is that their LGBTQ+ titles are among their biggest ‘travelers’ – books that have to be re-shelved every day because people take them somewhere else in the library to read them. So even if teens aren’t comfortable checking the books out, they’re finding them and reading them.

One of our struggles has to get a broad spectrum of LGBTQ+ submissions to choose from. In the beginning, nearly all of our submissions focused on gay teen boys. We’re making progress in publishing more stories with lesbian and bisexual and transgender and intersex characters, and we hope the longer we’re established, the more submission we’ll see across the full LGBTQ+ spectrum.

Many of our Harmony Ink titles are also available as audiobooks, and we’re beginning to include them in our in-house program that translates books into French, German, Italian, and Spanish. The first translated YA title, Omorphi, will be available later this year. Harmony Ink titles are also part of the foreign rights catalog we market at industry events such as the Frankfurt Book Fair and Paris’ Salon du Livre. We’d love to see our LGBTQ+ YA stories available globally.”