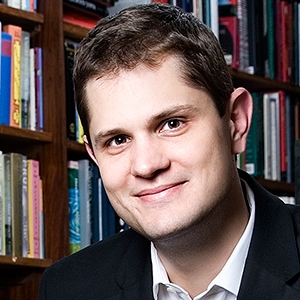 The South African government has decided to severely restrict purchases of textbooks, undermining a market largely dependent on education sales to the government. South Africa’s Arthur Atwell, the co-founder and director of Electric Book Works (and also the founder of Paperight POD bookstores) warned in his blog that, “It’s rare that a national industry is confronted with a single threat to its future. That just happened to South African publishing.”

The South African Department of Basic Education just released a policy document, open for public comment, explaining how the department plans to handle textbooks in the future – you can read the entire document (and comment) here. (Atwell notes that while it is still a draft, a senior DBE leader recently told a group of publishers that the government’s position on procurement was “very unlikely to change.”

Atwell writes that while the document contains many important ideals, with an emphasis on making sure that each child has textbooks, there is “one, huge, glaring misadventure: the DBE wants to buy a single textbook in each subject for the whole country.”

And while the DBE hopes that by doing this it will reduce the cost of textbooks as well as their distribution, Atwell feels that this is “flawed to the point of absurdity. Even if the DBE did save money this way,” he writes, “it wouldn’t save much, and the damage done would be far more costly in the long term.”

Among the potential problems he notes:

Attwell writes that in South Africa, the “vast majority” of publishing revenue comes from the purchase of textbooks by the government – and it is this revenue that “cross-subsidies” the less profitable publishing of “fiction, children’s books, and reference books like dictionaries and atlases.” In addition, it is educational publishing that helps provide much of South Africa’s book-publishing skills. “As a country,” he writes, “we’ll pay a terrible price if our educational publishing sector shrinks.”

The spectre of state publishing and a single-textbook system has been around for many years – certainly for the twenty years I’ve worked in publishing – and always in response to these same basic problems. And yet publishing companies have not changed anything substantial about their publishing models or processes in those twenty years. As educational publishers, we’ve repeatedly fallen back on our unshakable belief that we’re already producing the best possible books for the lowest possible price. And each time that the state has threatened to force our hand, we’ve persuaded them to let us keep doing things the same way. There have been tweaks to the system, but the basic model has never changed. What if we’ve been wrong the whole time?

Read the piece in its entirety here.