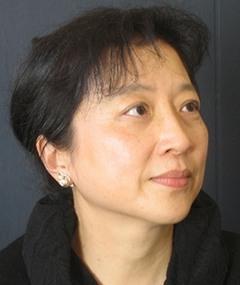 Chu T’ien-wen has won the 4th $10,000 Newman Prize for Chinese Literature, which is given awarded biennially for outstanding achievement in prose or poetry. An international jury has selected the Taiwanese novelist and screenwriter Chu T’ien-wen as the winner of the fourth Newman Prize for Chinese Literature. She is the first female Newman laureate. Sponsored by the University of Oklahoma’s Institute for U.S.-China Issues, the Newman Prize is awarded biennially in recognition of outstanding achievement in prose or poetry that best captures the human condition, and is conferred solely on the basis of literary merit. Any living author writing in Chinese is eligible. A jury of five distinguished literary experts nominated the five candidates last spring and selected the winner on September 17, 2014.

Ms. Chu will receive USD $10,000, a commemorative plaque, and a bronze medallion at an academic symposium and award banquet at the University of Oklahoma, Norman on March 6, 2015. The event will be hosted by Peter Hays Gries, director of the Institute for US-China Issues, which seeks to advance mutual trust in US-China relations.

“All five nominees are exceptionally talented and accomplished writers,” said director Gries. “It is a testament to Chu T’ien-wen’s remarkable literary skills that she emerged the winner after four rounds of positive elimination voting.”

This year’s Newman nominees represent some of the most respected names in Sinophone literature over the last several decades. The nominees from mainland China included Yan Lianke, Yu Hua, and Ge Fei, from Taiwan, Chu T’ien-wen, and from Malaysia, Chang Kui-hsing. Yan Lianke was a finalist for the Man Booker International Prize, has won numerous awards in China and the Europe, and is well known for his daring formal innovations and searing social commentary. Yu Hua is arguably the most well-known Chinese novelist after Mo Yan. His novel To Live was adapted into a well-known film and his later novels have continued to earn critical praise. Ge Fei was a well-known avant-garde writer in the ’80s and ’90s, but starting in 2004, Ge released a new series of novels described as a form of “lyrical idealism” that have made him one of the most influential novelists writing today. Chang Kui-hsing has been called one of the greatest contemporary craftsmen of prose fiction in Chinese.

But after a series of tough negotiations Chu T’ien-wen emerged as the winner. Chu’s work Fin-de-Siecle Splendor, according to her nominator, Margaret Hillenbrand (Oxford), has elevated the Chinese short story to new heights. Rooted in the vibrant particulars of Taiwan, her short stories reveal how and why short fiction may be the genre most suited for our times.

Chu was born in 1956 Taipei into one of Taiwan’s most prominent literary families. Her writing career began in the mid-1970s, with whimsical and sentimental pieces that led critics to dub her a latterday acolyte of Eileen Chang. Her literary stock rose steadily throughout the 1980s, boosted by the appearance of harder-hitting works such as Yanxia zhi du (City of Hot Summer, 1987), until the publication of Shijimo de huali (Fin-de-siècle Splendor) in 1990 which is seen as her breakthrough work, trading romanticism for decadence, and crafting a full-blown, mature style that is said to meld classical grace with street slang, and bears the imprints of Taiwan’s fraught linguistic past. That style found its apotheosis in Chu’s award-winning novel Huangren shouji (Notes of a Desolate Man, 1994), whose gay narrator parlays with a host of thinkers, writers, and philosophers in a text which is perhaps three parts story and seven parts metaphysical rumination. After a period of literary reclusion, Chu reinvented herself again in 2007 with Wuyan (Words of a Witch), a work which probes still more insistently into the nature of writing itself.

“Chu T’ien-wen is a multi-faceted cultural figure,” Margaret Hillenbrand writes, “a novelist, screenwriter, and essayist who excels at each of those different forms. But in recommending Chu’s short-story collection Fin-de-siècle Splendor for the Newman Prize, I am calling particular attention to the place she occupies in modern Chinese-language literature as a superb practitioner of short fiction, arguably that literature’s most triumphant genre. As any attentive reader of literature from China, Taiwan, Hong Kong and the diaspora over the last century can testify, the history of this literature is, to a degree perhaps unparalleled elsewhere, one shaped, driven, and dictated by brilliant short stories. And as a writer of short fiction, Chu is prodigiously talented. Texture, fragrance, color, and taste leap out from her uncommonly crafted prose with such force that they suck the reader into the text in ways not usually associated with the short-story form – a genre which is supposedly too fleeting to be immersive. Chu T’ien-wen’s writing refutes this received wisdom. This is partly because Fin-de-siecle Splendor pays homage to Taipei, the city of Chu’s birth, over eight fluidly conjoined tales which speak to each other as much as they live vividly in their own right. Yet it also because of her flair for carving crystal-cut literary moments, in which the constituent elements of a scene – air, light, mood, character – are each summoned up so precisely that they coalesce into a tableau that sears itself on the reader’s eye.”