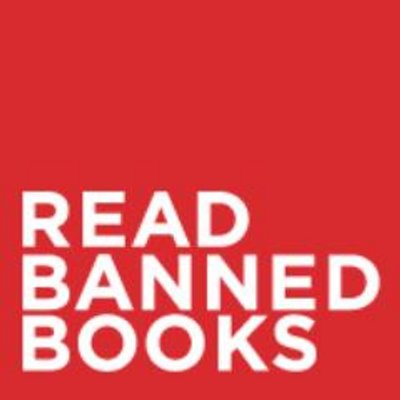 September 21st – 27th is Banned Books Week. Here we offer a list of titles that have been challenged, restricted, removed, or banned in 2013 and 2014.

Banned Books Week is an annual event celebrating the freedom to read, being held this year from September 21st–27th, highlighting the value of free and open access to information. Banned Books Week brings together the entire book community — librarians, booksellers, publishers, journalists, teachers, and readers of all types — in shared support of the freedom to seek and to express ideas, even those some consider unorthodox or unpopular.

By focusing on efforts across the country to remove or restrict access to books, Banned Books Week draws national attention to the harms of censorship.

This list represents just some of the books that have been challenged, restricted, removed, or banned in 2013 and 2014 as reported in the Newsletter on Intellectual Freedom from May 2013 to March 2014, and posted by the ALA.

Sherman Alexie, The Absolutely True Diary of a Part-time Indian, Thorndike Press; Little, Brown
Removed as required reading in a Queens, NY Middle School because the book included excerpts on masturbation. Challenged on the tenth-grade required reading list at Skyview High School in Billings, MT because “[t]his book is, shockingly, written by a Native American who reinforces all the negative stereotypes of his people and does it from the crude, obscene, and unfiltered viewpoint of a ninth-grader growing up on the reservation. Pulled from Jefferson County, WV schools because a parent complained about the novels graphic nature. Challenged in a Sweet Home, OR, Junior High English class because of concerns about its content, particularly what some parents see as the objectification of women and young girls, and the way alternative lessons were developed and presented.

Isabel Allende, The House of the Spirits, Dial Press Trade Paperback
Challenged in the Watauga County, NC High School curriculum because of the book’s graphic nature. After a five-month process, the book was fully retained at a third and final appeal hearing.

Margaret Atwood, The Handmaid’s Tale, McClelland and Stewart
Challenged, but retained as required reading for a Page High School International Baccalaureate class and as optional reading for Advanced Placement reading courses at Grimsley High school in Guilford County, NC because the book was “sexually explicit, violently graphic and morally corrupt.” Some parents thought the book is “detrimental to Christian values.”

Akram Aylisli, Stone Dreams, Novella published in Druzhba Narodov (Friendship of the Peoples)
Burned in 2013 at various locations around Azerbaijan. The novella is sympathetic to Armenians and recounts Azeri atrocities in the war between Azerbaijan and Armenia twenty years ago. Azerbaijani President Ilham Aliyev stripped the author of his title of “People’s Writer,” and a pro-government political party announced it would pay $12,700 to anyone who cuts off the ear of the 75-year-old novelist for portraying Azerbaijanis as savages.

Elisabeth Gaynor Ellis and Anthony Esler, World History, Prentice-Hall
Challenged, but retained in the Volusia County, FL high schools, despite a thirty two-page chapter on “Muslim Civilizations” that covers the rise of Islam and the building of a Muslim empire. Protestors believe the Volusia high schools are using the world history textbook to “indoctrinate” students into the Islamic religion and recommend student volunteers tear the chapter out of the 1,000-page book.

Anne Frank, Anne Frank: The Diary of a Young Girl, Doubleday
Challenged, but retained in the Northville, MI, middle schools despite anatomical descriptions in the book.

Neil Gaiman, Neverwhere, HarperCollins
Temporarily removed from the Alamogordo, NM High School library and curriculum because of what one parents calls “inappropriate content.” The British author wrote in The Guardian: “Well-meaning adults can easily destroy a child’s love of reading. Stop them reading what they enjoy or give them worthy-but-dull books that you like – the twenty-first-century equivalents of Victorian ‘improving’ literature – you’ll wind up with a generation convinced that reading is uncool and, worse, unpleasant.”

Toni Morrison, The Bluest Eye, Knopf, Vintage International
Challenged in Legacy High School’s Advanced Placement English classes in Adams County, CO, because it was a “bad book.” Challenge on a suggested reading list for Columbus, OH high school students by the school board president because it is inappropriate for the school board to “even be associated with it.” A fellow board member described the book as having “an underlying socialist-communist agenda.”

Norani Othman, ed., Muslim Women and the Challenges of Islamic Extremism, Sisters in Islam
Banned by the Malaysian Ministry of Home Affairs in 2008 on the ground that it was “prejudicial to public order” and that it could confuse Muslims, particularly Muslim women. The Malaysian High Court overturned the ban on January 25, 2010, and on March 14, 2013, the Federal Court threw out the government’s appeal to reinstate the ban.

Marjane Satrapi, Persepolis: The Story of a Childhood, Pantheon Books
Removed, via a district directive, from all Chicago, IL public schools due to “graphic illustrations and language” and concerns about “student readiness.” After students fought back via Facebook, twitter, protests and radio and television programs, the school board issued a letter telling high school principals to disregard the earlier order to pull the book.