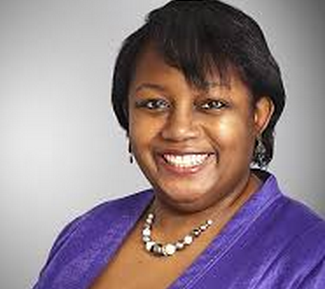 UK author Marjorie Blackman laments the lack of diversity in children’s books, noting that “books allow you to see the world through the eyes of others.” The UK’s Malorie Blackman is a highly successful children’s book author famous for tackling issues of race and identity, perhaps best known for her Noughts and Crosses series. She’s an OBE and is the Children’s Laureate through the end of next year.

She also recently told The Guardian that: “I once had a bookseller tell me, ‘Your books are just for black children and we don’t have that many black children in this area,” adding that “I haven’t had this said to me in quite some time, but we still have a way to go in this country to diversify books. And that isn’t just for books, that’s films and TV, too.”

Blackman was speaking to The Guardian on the evening before her talk on human rights in fiction at the Edinburgh international books festival, a discussion sponsored by Amnesty International.

“Books allow you to see the world through the eyes of others,” she said. “Reading is an exercise in empathy; an exercise in walking in someone else’s shoes for a while. So this is not about writing certain books for certain people, they should be read by everybody.”

Blackman’s “Noughts and Crosses” series imagines a world where “Africa enslaves the Europeans, leading to an alternate Britain where black people rule the white minority.”

The story though, is universal. “What I love is when people in Ireland write to me,” she said, “saying ‘Oh, you’re talking about Protestants and Catholics.’ People in Israel ask me, ‘Are you talking about Jewish people and the Palestinians?’ I find that so flattering, that people are taking what they need from it and applying it to their own lives.”

In the course of the interview, Sian Cain pointed out to Blackburn the success of authors like David Levithan and Patrick Ness in writing about gay protagonists and John Green with sick and disabled and asked – don’t you think today’s teens have it OK compared to when you were growing up?

She immediately responded, “No. We have a long way to go. There are more now than there were 24 years ago when I started writing, but if you were to ask me for a title of a book that features a Chinese British or Japanese British protagonist, I would struggle.”

“There is still an attitude among some editors and booksellers that they can only sell a book to the people they decide a book is aimed at. But being British means a lot of things and especially at the moment, people need to feel they have a stake in society. A brilliant way to do that is through books.”