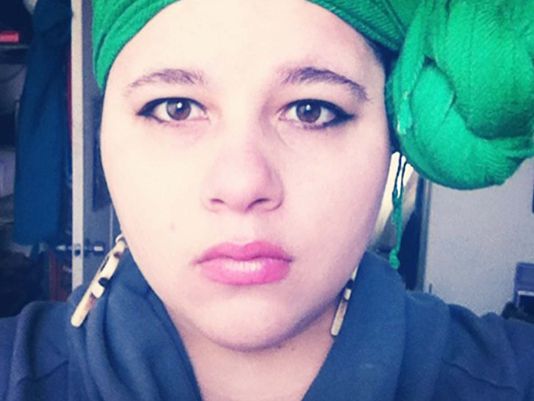 The 29-year old Brooklyn poet Casey Rocheteau has a won a free house in Detroit through a program to place writers in foreclosed properties.

At the beginning of the year, we covered the launch of the Write a House Project, created to give free homes to writers willing to commit to live and work in the much-beleaguered city of Detroit.

This week, 29-year old poet Casey Rocheteau was selected as the organization’s first winner, and come November, she’ll be packing her bags and moving from her four-bedroom apartment in the Crown Heights section of Brooklyn into a renovated house that the Detroit Free Press described as a “cozy” 900 square feet, “with a full basement, one bathroom, a backyard, a front yard, a sturdy garage, and one (maybe two) bedrooms.”

The house, previously in foreclosure, was purchased with another local nonprofit. Writers were then invited to apply to be its writer-in-residence. Three hundred and fifty did.

According to the Detroit Free Press, Rocheteau, who has published four books, including her most recent poetry collection Knocked Up On Yes (Sargent Press), emerged from a list of 10 finalists. Former U.S. poet laureate Billy Collins, one of the judges, said of her work, “These are witty but deeply serious poems.”

In a press release, Toby Barlow, a Write A House co-founder said that “Casey’s workout stood for the judges and it’s easy to see why: Her poetry absolutely breaks through. We’re looking forward to having that voice come express itself in Detroit.”

The paper reported that Rocheteau, born and raised in Cape Cod, Massachusetts, is excited to “steep” in Detroit, which she has seen only once, during a visit to nearby Ann Arbor for a poetry slam competition. Her impressions of Detroit are based on what she’s heard from friends, although “she is aware of the exaggerations of lawlessness she said are portrayed in the media.”

“I think of Detroit (as) this very sort of working-class city that is a hub of creativity,” she told the paper. “I’m thinking of a city that is currently undergoing this regeneration. It’s a city that’s seen a lot and taken a lot of abuse.”

She describes her own work as “deeply sociological and political at times but not in didactic sort of way,” but in the sense that it presents a picture of “politics through the lens of personal experience.”

(Although, as Barlow told The Los Angeles Times in 2013, “We’re not looking for community activists…. But I do think we want to bring in people who want to be there. Mostly, though, they’re there to do what they do: write.”

When Rocheteau moves into her new home, she’ll be responsible for paying upkeep and taxes. After living in the city for two years, Write a House will turn over to her the deed to the property.

To learn more about the Write a House project, click here.