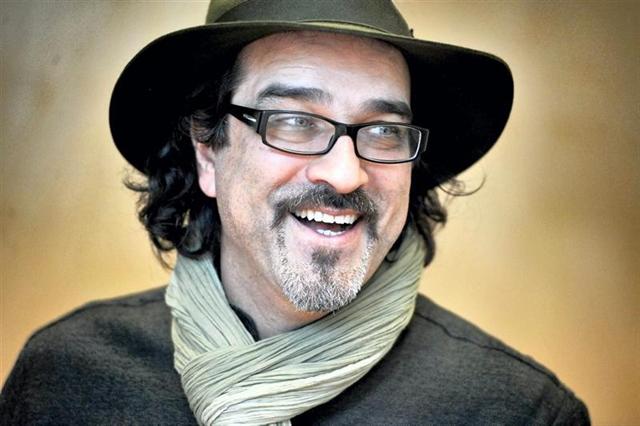 Atiq Rahimi, pictured, is among the most influential Afghan writers in exile.

“Afghanistan, which has long been engulfed in civil war, is producing a wave of migrant literature that is having a positive impact on the literary scene at home.”

Firouzeh Ramazan Zadeh wrote for Asharq Al-Awsat, “Afghanistan, which has long been engulfed in civil war and conflict, is producing a wave of migrant literature that is having a positive impact on the literary scene at home.”

Consider this. Zadeh writes that the generation of Afghanis born in exile in Iran, people such as Hossein Mohammadi, Azizollah Nahofteh and Khaled Nevisa, influenced by Iranian poets like Forough Farrokhzad, Fereydoon Moshiri, Sohrab Sepheri, Nader Naderpour and Qeysar Aminpour have made major contributions to the “canon of Afghan literature.”

As Nahofteh, an Afghan poet and writer currently living in Sweden told the paper, “Without doubt, migration has positively affected Afghan literature [This has been brought about] by both those who migrated to Iran and Pakistan and those who settled in Western countries.”

Nahofteh, the author of Imaginary Roles, told Zadeh that Afghan publishers have also learned from publishers in Iran and Pakistan, adding, “Professional editing found its way into Afghanistan following the migration of Afghans to Iran. Today, the best editors are those who have returned from Iran.”

The paper also cited Manouchehr Faradis, a Kabul-based writer and literary critic, who argued that most writers were not driven out of Afghanistan by official censorship, but self-censorship involving issues such as ethnicity and religion, social status, languages and sex.

“Except for the 1980s, never have we had an organized group of writers be forced to leave the country by religious censorship in order to be able to write freely,” he told Asharq Al-Awsat.

Zadeh wrote that, “Three decades after the outbreak of war, the emergence of internationally acclaimed novels such as The Kite Runner by Khaled Hosseini, The Patience Stone by Atiq Rahimi, Afghani by Aref Farman and Devil’s Hand by Azizollah Nahofteh touched on some of these controversial issues and provided a window into Afghani culture and society for Western readers.”

And it’s no small part because they’re in exile that Hosseini was able to write about racial discrimination in The Kite Runner, and that Atiq Rahimi was able to talk about religion and women’s issues. These subjects – normally “taboo” in Afghani culture – were a new addition to the lists of topics that Afghani writers are able to write about.

Writer Aref Farman, who also lives in Sweden observed that authors in exile “have an intersectionalist view of everything.”

“In order not to lag behind in the world,” he said, “the Afghan writer also makes efforts to win a toehold for himself among famous writers in the world and that is a good thing.”

“For example, Khaled Hosseini, who is among the most prominent writers in the world, describes the pain in his home, Afghanistan, as if the world had been neglecting these hurts.”

And, Farman believes, it is these writers who have let the world know that Afghani writers exist, and have helped pave the way for writers within Afghanistan to make their own mark on the world’s literature.