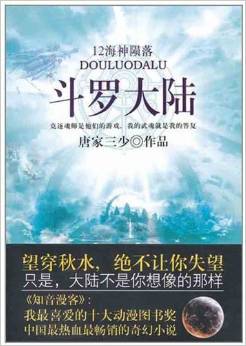 China’s self-publishing portals are offering writers access to vast audiences and earning them staggering royalties, and turning some into multi-millionaires. Writing for The Wall Street Journal, Wei Gu says that 33 year-old Zhang Wei is leading the way among writers in China who are making big bucks by publishing exclusively online.

As Ms. Gu notes, “Writers publishing their work solely online have become some of the highest-paid authors in China. They have tens of millions of followers – usually young men in China’s smaller cities – who each pay a small sum to read the novels on their smartphones. Their superhero science-fiction stories can be uplifting to young men who feel frustrated because they can’t find a wife or buy a home.”

Wang Xi, founder and chief executive officer of Easou.com, a search engine aimed at people in China’s so-called third- and fourth-tier cities told the Journal that, “China has entered the mobile internet world, which is about satisfying users’ entertainment needs. The biggest growth potential is from people in small cities, who don’t have PCs but are now watching videos and reading books on their hand-held devices.”

This means, of course, that there’s money to be made. Mr. Zhang, 33, who uses the pen name Tang Jia San Shao (which translates as “The third young member of the Tang family”), earned a staggering 26.5 million yuan in royalties alone in 2012 — roughly 4.3 million US dollars. (Among other successful online authors are Li Hu, 25 — aka “Great Silkworm potato” who earned 20 million yuan in 2012; Liu Wei, 35, aka “Bloody Red” with 14.5 million in earnings; and Zhu Hongzhi, 27, aka “Me eating a tomato” with 13 million.)

And like elsewhere in the world, the internet has opened a new world of possibilities for young aspiring writers. David Lee, a Hollywood producer who hopes to produce films in China told the paper that, “It’s so hard for young screenwriters in China to have an opportunity to write. A handful of producers working with a small number of screenwriters control the lion’s share of the market.”

But now, that’s changing as directors look to the internet for material. For example, the 2013 film “So Young,” which was based on an online novel “grossed $116 million on a $5 million budget.” And DreamWorks, which hopes to produce its first animated film in China, is looking at online literature as well.

“On the internet,” Lee told the paper, “young writers ideas can be quickly developed and tested.” In addition, online chat rooms give readers a chance to offer feedback and comments, helping to develop “buzz” before the movies are even made.

And who are these readers? Not surprisingly perhaps, 90% of the readers of online superhero/sci-fi stories are male, and the vast majority of them are still in their 20s.

They call themselves “diaosi,” “a slang term for young men who often live with their parents and work at low-level jobs. Most are short on cash but long on free time to dream about a better life.”

Wei writes that the most popular theme for online fiction is commonly known as “xuan huan,” which roughly translates as super-hero or science-fiction. One advantage of this is that since these stories are generally set in the past, there’s less chance of running into censorship.

Zhang, who has published some 10 novels over the last ten years and writes 7,000 to 8,000 words a day, said in a recent interview that “I focus on xuan huan because it is more flexible and less limiting.”

Even so, Ms. Gu notes, “There is a big commercial machine behind successful entrepreneurs like Mr. Zhang. The writers sign contracts with online portals, which provide them in return for the rights to their stories.”