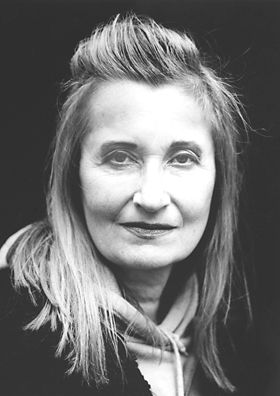 Austrian, Swiss and German authors have sent an open letter of protest to Amazon, protesting the use of “authors and their books as a bargaining chip to exact deeper discounts.” Austrian Nobel Prize-winner Elfriede Jelinek is among the signatories of the “anti-Amazon” letter.

The New York Times reports that joining their American compatriots Authors United, more than 1,000 German, Austrian and Swiss writers have come together to express their displeasure with the tactics that “Amazon is using against the Bonnier Group and the authors who are published under its name.”

The authors have signed an open letter to Amazon, “accusing it of manipulating its recommended reading lists and lying to customers about the availability of books as retaliation in a dispute over e-book prices.”

“Amazon’s customers have, until now, had the impression that these lists are not manipulated and they could trust Amazon. Apparently that is not the case,” said the letter, which was being sent to Amazon along with leading publications in Austria, Switzerland and Germany on Monday. “Amazon manipulates recommendations lists. Amazon uses authors and their books as a bargaining chip to exact deeper discounts.”

Among the signatories to the letter were leading German-language authors such as Nobel Prize winner Elfriede Jelinek, and crime novelists Ingrid Noll and Nele Neuhaus. According to the Times, the letter accuses Amazon of delaying delivery of books published by Bonnier, “making false statements about whether the books were available and pulling the authors of those books from recommended reading lists.”

Ms. Noll told the Times that, “Unfortunately, the American company refuses to accept our traditional cultural values, because it only thinks in purely economic terms. We have to stand together and defend our values.”

And at Deutsch Weil, author John von Duffel said, as quoted by Shelf Awareness, that an appeal to readers “could hit Amazon in a sensitive spot. It can exist without me — but without customers, it’s a bit more difficult…Amazon is an online shop, but not the only one. Amazon is a good thing for people who don’t leave their home. But for those who do leave their home, walking to the closest bookstore to order a book is unproblematic. That only takes 24 hours and you don’t have to go to the post office. There was life before Amazon, and there will also be life after Amazon.”

(Shelf Awareness also reported that in an e-mail response, Amazon said Bonnier “offers most of its titles under conditions that make it significantly more expensive for us to sell a digital version, as compared to a printed edition. E-books can and should be offered cheaper than printed books, and this should also go for the prices at which booksellers buy from publishers.”)

Amazon’s dispute with Sweden-based Bonnier over e-book prices is similar to the ongoing fight between Amazon and Hachette in the U.S. This is, however, the first time that German authors have spoken out, many of whom, according to the Times, “have kept silent at the urging of publishers, many of whom did not wish to complicate already strained negotiations.”

Writing for the paper, Melissa Eddyaug noted that the decision to publish the letter comes just weeks before the annual Frankfurt Book Fair, which is the opening of a new season for price negotiations. She cited Gerhard Ruiss, of the IG Authors Austrian, the Interest Group of Austrian Authors, which also signed the letter, as saying that the “action was only the first step to raise readers’ awareness about the issue. Other steps will include discussions and demonstrations at the fair, which takes place in October.”

The German Publishers and Booksellers Association had already submitted a complaint to the German antitrust authority this June, “claiming that Amazon’s monopolylike position in the e-book market violates competition law.”

But at the same time, Amazon has continued to expand its operations within Germany – its largest market outside the United States. The Times reports that Amazon plans to open two new logistics centers right across the border in Poland next month, “stoking fears that it will later force distributors to deliver books to the Polish centers, only to have them sent back to customers in Germany.”

Such moves, says the Times, does little to assuage German fears “over Amazon’s unbridled position in the domestic book market.” Which is one reason why Alexander Skipis, president of the publishers’ association, said that he hoped that the letter would “increase awareness of what was at stake.”

“It shows the public and politicians around the world that is about more than a dispute over price conditions,” Mr. Skipis said of the open letter. “This is about maintaining a book culture that requires a certain protection and cannot be regarded from a purely commercial point of view.”