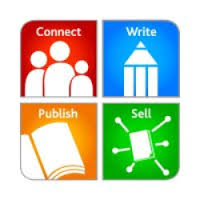 FastPencil partnered with Evernote to offer the ability to self-publish Evernote notes as print and ebooks, as well as offer distribution and sales.

FastPencil, “the fastest, easiest way to write and self-publish books,” announced last week that Evernote users will now have the ability to instantly self-publish their notes using the FastPencil platform for ingestion, book building, transition to print and eBooks formats, online distribution and selling of the finished book. Evernote users can immediately take their notes and import them into FastPencil to create and publish in an eBook or PDF in a matter of seconds. The work can then be shared via the web or distributed through FastPencil’s publishing packages. “This is an exciting partnership because it allows millions of Evernote users the opportunity to publish their work seamlessly through the FastPencil platform and push their book out in multiple formats,” said Steve Wilson, co-founder and President of FastPencil. “When we talk about brining the capabilities of e-publishing to the masses, this is exactly what we man and we couldn’t be happier to have such an amazing advocate in Evernote.”

FastPencil says that their integration with Evernote will allow users to create a print-ready PDF or eBook in seconds. Users simply take their specific notes – or even a full notebook – and import them directly into FastPencil’s self-publishing platform. From there, they will be able to edit, collate, format and create a table of contents. Then, they can choose their format, hit publish, and share their newly published content. If users choose to print copies of their book, they can via the FastPencil platform with their print partnership with Gung-Ho. Members looking to distribute their work will also have the ability to take advantage of FastPencil’s vast distribution network channels including Amazon, Barnes & Noble, Kindle, iPad, Sony eReaders, and the entire Ingram Network.

“Evernote is a powerful writing tool and this relationship further reinforces this,” said Chris Traganos, director of developer relations. “This integration provides writers and creatives with an effective way to publish their life’s work from Evernote with FastPencil.”

To learn more about using Evernote and FastPencil, click here.