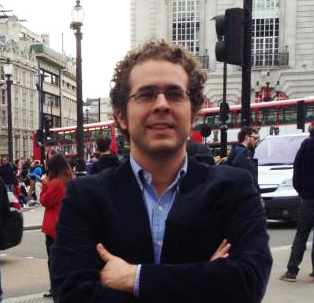 EducaTablet has launched a digital-content ecosystem where Latin American students can access textbooks from major publishers, in Spanish and English, online and off. A Latin American technology company has launched a customizable application for online textbook distribution via tablets in the K-12 education market that has garnered positive reviews from local media and is joining forces to reach markets in Latin America and Europe.

EducaTablet, the first product of regional company Education Technology Content (ETC), works as a digital-content ecosystem where high school students can access online textbooks from major textbook publishers. They can do this instead of coping with heavy printed textbooks students use their tablets to access Spanish and English textbooks, as well as literature from major publishers during and after class hours.

Fernando Mora, the Venezuelan-born CEO of ETC, founded the company in 2013 after a long career in the education business. After finishing his business studies in Caracas, Mora joined Kaplan, a global leader in the test prep content sector, and from there he jumped to the Swedish language travel company EF, where he spent the bulk of his career, working in Boston as Sales and Marketing Director for Latin America and then in London as VP of Sales and Marketing.

In London, Mora had the chance to lead the expansion of Hult International Business School — part of the EF group — into European countries. It was also the place where he started working out the business concept of EducaTablet: “The business idea had its roots in my experience at EF. It was there where I had my first glimpse at the publishing industry. In 2011 Hult gave each of its students an iPad at the start of the semester. It wasn’t [long] before I started connecting the dots”.

“The scheme was first set up in Venezuela with a group of five schools. We had issues at the beginning just like any other tech company — mostly changes in software — but our clients were very patient and they knew that the project was a prototype. The alpha version was launched in September 2012 and the beta a year later with 15 institutions, this time including schools from Colombia and Mexico. We expect to launch our new version of the App in roughly 30 schools in 2014.”

EducaTablet’s core business is to provide content and software to schools. The model, in Mora’s words, “is similar to a pharmacy” as it provides content to schools from a prescriptive list taken from an online book catalogue.

The company built its catalogue through direct agreements with major K-12 publishers of International Baccalaureate (IB) content such as Oxford and Cambridge University Presses, Hodder Education (part of the Hachette Group), Britannica and Cengage Learning. The company is currently on negotiations with Spanish content publishers Santillana (Spain), Norma (Colombia) and ST (Mexico), as well as with Houghton Mifflin Harcourt.

From this catalogue the schools choose the content they want their students to access on their tablets and then create the lists for grade levels. Once these “shortlists” are closed EducaTablet creates a group of ebook level-specific shopping baskets on their site that parents can buy with a single click, without the hassle of searching textbooks by ISBN or edition on online content sites.

Schools can purchase the tablets from EducaTablet or its hardware partners, or they can inform parents of the tablet’s technical specifications for private purchase. Once a decision is made EducaTablet distributes the shortlisted content to its site and students are finally given access via a free application they can download on the AppStore or GooglePlay. The application is connected to the site’s online payment system so students whose parents haven’t made the payment cannot access the content.

Mora calls the application “an interactive ecosystem.” Apart from textbooks — which can be underlined and annotated — students can switch between subjects, plan assignments with a calendar and check their daily timetable.

In this ecosystem the job of teachers is to work as “community managers.”

In this ecosystem the job of teachers is to work as “community managers” for their subjects. Each subject has its own Facebook-like “wall” where teachers can post reminders and links to additional class content on the web. They also have the option of creating quizzes from online test prep providers (through Kuepa) which students can fill out and send to teachers via wi-fi. Starting with version 2.3, students will be able to sync their assignments via Dropbox and send these to the teacher via the same service, who will have access to a list of senders and handover times.

The app works on a mobile mode and works with a notification service: students only need to sync it periodically to download new content and update their walls. Mora believes that heavy dependence on the Internet can prove unwise to the project´s success.

“Usage statistics of browser-based after school platforms have been historically low because they were seen by students as something external to the classroom so schools didn’t have much hope in them. It’s obvious: if a student has access to a browser on a computer he will most likely log in to Facebook rather than to the school platform.” Besides, “the market reality is that presently there is no stable Internet connection anywhere, and even if it became stable there will always be places and moments where you absolutely cannot use it. Think of an airplane or a field trip, for example.”

An Eye on Trade and Academic Publishing

Currently the company has offices in the UK, Mexico, Colombia and Venezuela and has based its Americas office to Bogota due to its strategic location. A group of venture capitalists from consumer-goods industries — not related to publishing — are backing the company. Similarly, work staff is composed of people from the banking, consultancy, FMCG, technology and education industries.

In the long term these tools seek to help users sift through the growing number of books in the content sphere by providing guiding experts and storage platforms. “The shift from print to online reading is inevitable. We seek to provide tailored solutions for the real problem: non curated information and lack of search and organization structures for information,” says Alexander Henao, Chief Marketing Officer.

For Mora, EducaTablet’s competitive advantage lies in its global focus and on IB content: “I am very familiar with the European K-12 market. The need of Latin American and European schools are the same. It’s the players that are a bit different. We don’t need to interfere with the schools’ methodologies and their syllabuses. We want to focus on IB schools that work exactly the same around the world. We try to think everything on a global level. Globalization offers a lot of opportunities for education and it is there where I believe the least efforts have been made to harness this potential.”