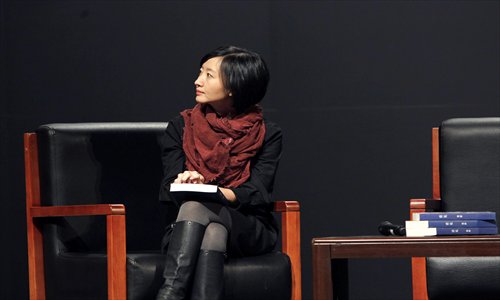 This month, in the continuation of our regular series with global rights platform IPR License, we’re focusing on an economic, if often opaque, powerhouse: China. The Chinese publishing industry is one which we have long taken a great interest in, due in no small part to its sheer size/scale and have recently extended our presence into. With the Beijing International Book Fair rapidly approaching it’s always fascinating to get first-hand insight into the intricacies of the Chinese publishing marketplace to see how it forms such an attractive segment of the global rights and licensing puzzle. And I’m sure this year will be no different.

The Chinese book market benefits from its large population and fast developing economy. According to the 2013 China Book Retail Market Report, released by Open Book — a famous publishing market research company in China – the total volume of book retail sales in 2013 reached 50 billion RMB Yuan (about $8.2 billion), an increase of 10% compared to 2012. The overall growth has continued at this pace for more than ten years, while the online and retail bookstores have showed different development trends. In 2013, two thirds of sales are said to be from offline bookstores. However, they have seen the second continuous year of negative growth in 2013 (-1.39%, falling again from the 1.05% drop seen in 2012). At the same time, sales from online bookstores have increased by 20-30% annually. More and more readers appear to be buying books from online stores because of the convenience and lower price, which usually represent a 30-40% discount of the retail price. It is generally believed that the growth of online bookstores will continue.

The market depends a lot on the pulling power of best sellers. The top 5% on the best-selling list contributed to over 59% of the total sales. Celebrity effect is obvious, especially for non-fiction books. The no. 1 best-seller, Kanjian (Insight), written by one of China’s most famous TV interviewers, has sold three million copies. Den Xiaoping and the Transformation of China, and Zhu Rongji on the Record are also amongst the top 10. Children’s books occupied six seats in the top 10, with four from a fiction series, Charlie XIII, written by a mysterious new author Lei Ou Huan Xiang, who overwhelmed those traditional best-seller authors of Children’s fiction. To make his or her story even more successful, 15 titles of the series made it into the top 30. There are three translated titles in top 10, the same as in 2012.

China’s booming e-publishing market is also attracting more and more players. Compared to e-readers and tablets, more people read content on smart phones. It is easier to carry and use in the crowded buses and subway trains. That helps the three Chinese telecom operators, which have been offering content to the 500 million smart phone users, to dominate the market. The three big internet companies, Baidu, Alibaba, and Tencent, are also providing content for mobile reading. The increasing demand for more content creates opportunities for the traditional publishers. Those who embraced digital early have seen great returns. For example, CITIC press has announced that their digital publishing turned profit in 2013. Others are eager to catch up with the trend, although some feel they are being forced. The low intention to pay for econtent is also a concern. According to the 11th National Reading Research Report created by Chinese Academy of Press and Publication, the average price accepted for an ebook title is 1.28 RMB Yuan, equalling to $0.21, a big drop from 3.27 Yuan ($0.55) in 2012.

Foreign Acquisitions Still on the Rise

The number of foreign rights bought has increased by 61% from 10,040 titles in 2004 to 16,115 in 2012. On average, translated titles represent 7.73% of the total number of new titles published per year, falling a little from 8.26% in 2004 to 6.66% in 2012. During the same period, the number of rights sold has increased dramatically – to 7,568 in 2012, 5.76 times the figure of 1,314 in 2004. The Chinese government continues to encourage publishers to introduce China to the world by the agent of books. The News Office of the State Council of China and the General Administration of Press and Publication launched China Book International in 2004. It seems that it is now the time to reap the harvest.