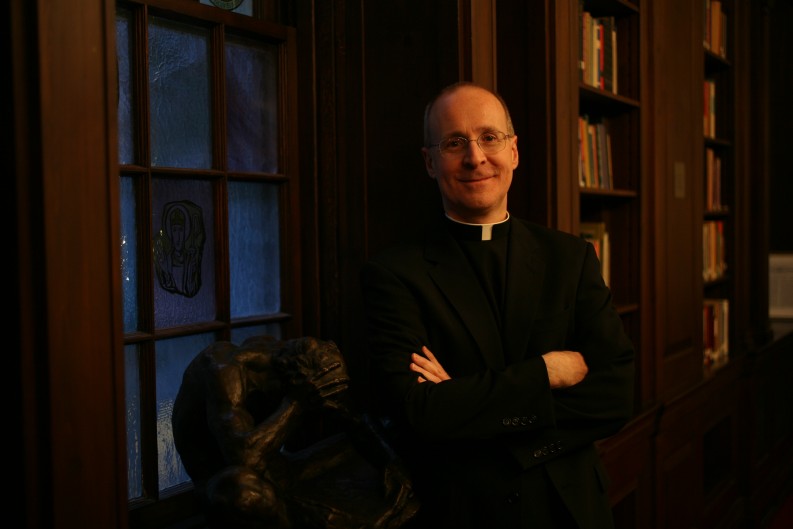 Rev. James Martin S.J. is one of the top Catholic authors to jump to a trade house.

It has become harder and harder to keep Catholic authors who began their careers with small, niche Catholic houses loyal once they become popular.

On problem facing the Catholic book publishing community (as discussed in detail in today’s feature story) is that it has become harder and harder to keep Catholic authors who began their careers with small, niche-Catholic houses down on that farm once they become popular (and can get a big advance from a General Trade house).

The classic (and current) example of this is Stephen Colbert’s “personal chaplain” of The Colbert Report, Rev. James Martin, S.J. Fr. Martin published with nearly every small Roman Catholic house (at least the centrist-to-liberal ones) before being signed by Roger Freet at HarperOne. Fr. Martin’s advance at Catholic houses averaged somewhere between $1,000 and $5,000. For his first book with Harper it is rumored he (or more specifically his Order, the Society of Jesus, since Fr. Martin has taken a vow of poverty and his monies must be turned over to his Society) received $85,000. There’s no un-ringing that bell. And as was said in the opening of this piece, once an author is with a general trade house, the author becomes the brand.

So while Fr. Martin has found a new swath of readers (and the smaller Catholic presses who published him in the past may see an uptick in the Fr. Martin-backlist), no new reader of Fr. Martin will become loyal to any Catholic Trade house.