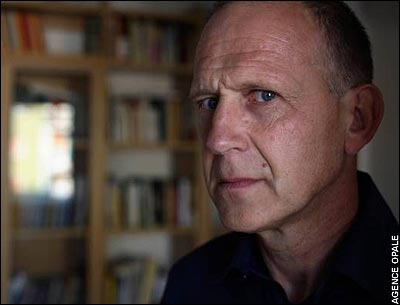 In the New York Review of Books, Tim Parks asks: “Do people really pass from Fifty Shades of Grey to Alice Munro?” The answer: Perhaps not. A stepping stone to great literature? Perhaps not…

At the the New York Review of Books blog, Tim Parks examines a long-held belief among teachers, publishers and “intellectuals”: “Frankly, I don’t mind what they’re reading, Twilight, Harry Potter, whatever. So long as they are reading something there’s at least a chance that one day they’ll move on to something better.”

But is that really the case? Is there some kind of literary staircase “that one might ascend from Hermione Granger to Clarissa Dalloway…” Do kids who start out reading fantasy and sci-fi move up the proverbial food chain of literature? Or, as Parks asks, “Do people really pass from Fifty Shades of Grey to Alice Munro? (Through how many steps? Never to return?)”

And even more to the point, does it really matter?

So do people pass from the genre to the literary up our neo-Platonic ladder? Do they discover Steig Larsson and move on to Pamuk? With no studies or statistics available to settle the question – at least I have not come across any – I can only resort to anecdotal evidence, as a father of three and a university teacher for many years. And the first thing is to say that no one has ever spoken to me of making this progression…

When I speak to my students, what is most striking is that the majority of them, who are content on a diet made up exclusively of genre fiction, simply do not perceive any difference in kind between these and literary works; they do not see the essentially conservative nature of the one and the exploratory nature of the other. They register no need to widen their reading experiences… If we assume, then, for the sake of argument and in the absence of persuasive information to the contrary, that narratives do not form a continuum such that one is naturally led from the simpler to the more complex, but offer quite different experiences that mesh with readers’ psyches and requirements in quite different ways, why do the right-thinking intellectuals continue to insist on this idea, even encouraging their children to read anything rather than nothing, as if the very act of reading was itself a virtue?

It’s evident that publishers have a commercial interest in the comforting notion that any reading is better than none. They can feel virtuous selling a hundred million copies of Fifty Shades, strong in the hope that at least some of those folks might move on to Pulitzer and Nobel winners, and perhaps eventually to some of the more obscure and adventurous writers in their stables – just as, in Fifty Shades itself, the heroine Anastasia can indulge in a little S&M as part of a project to lead Christian Grey out of his perversion and on to the joys of the missionary position in conventional wedlock. It’s always a relief to have reasons for supposing that what one is doing might have a bit more to it than the merest self-interest.

At a deeper level, there is a desire to believe in an educational process that puts the intellectual in a pastoral relationship to an ingenuous public who must be coaxed in a positive direction…

What no one wants to accept – and no doubt there is an element of class prejudice at work her too – is that there are many ways to live a full, responsible, and even wise life that do not pass through reading literary fiction. And that consequently those of who do pursue this habit, who feel that it enriches and illuminates us, are not in possession of an essential tool for self-realization or the key to protecting civilization from decadence and collapse. We are just a bunch of folks who for reasons of history and social conditioning have been blessed with a wonderful pursuit. Others may or may not be enticed toward it, but I seriously doubt if E.L. James is the first step toward Shakespeare. Better to start with Romeo and Juliet.

To read the entire article, including Parks’ look at Auden’s love of detective novels, click here.