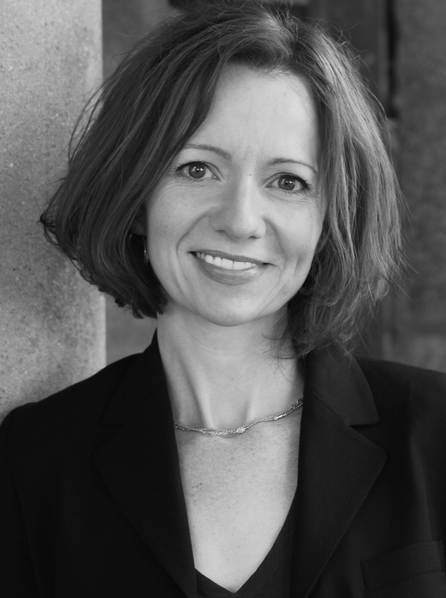 When Maria Mutch needed advice on how to handle PR of her debut memoir, she found guidance and solace through Grub Street Writer’s Launch Lab in Boston. Maria Mutch has two words to describe how she felt about her publication of her memoir Know the Night this year: “Utter terror!” She laughs. “Okay, not quite—but not so far off. Obviously I was happy that my book was coming out, but publishing and book promotion seemed to be filled with so many unknowns.”

Mutch knows what it is like to struggle with fear of the unknown. Her book is anything but the typical memoir, chronicling the two years she spent awake virtually every night with her son Gabriel, who is autistic and also has Down Syndrome, and rarely slept through the night. Alternatingly lonely, funny, and exhilarating, it also weaves in the story of Admiral Richard Byrd, the Antarctic explorer who battled his own form of solitude and loneliness, and in whose story Mutch found unexpected solace and inspiration.

When it came time to embark on publicity for her new book, she knew she didn’t want to go it alone. Reaching out for others going through the same process, she found it in Launch Lab, Grub Street Writer’s intensive boot camp for new authors, in Boston. “It seemed like a great way to demystify the whole process,” she says. “It also seemed like a great way to get some comrades, and I couldn’t have been more right.”

From the beginning, Mutch was relieved to find that Launch Lab instructors Lynne Griffin and Katrin Schulman eschewed a “cookie-cutter” approach to publicity—which seemed especially important for a book that transcended genres like hers. “They really emphasized the individuality of each writer, and gave us a chance to think about what we wanted and then the steps to get there. It was clear that our particular styles were going to dictate each plan.” As she began trying to define how she would talk about the book, she faced an immediate challenge of being typecast. “The words autism and Down Syndrome are loaded words, they are kind of fluorescent and noisy,” she says. “People make assumptions based on them.” While that formed a natural audience for the book among parents of children with disabilities, it also carried the risk of stigmatizing it.

“The danger is that the genre of the special needs or autism memoir is fairly entrenched, and Know the Night is not in the end an autism memoir,” says Mutch. “I like to think that it’s simply a memoir, and anyone who’s ever been up at night or felt alone can relate to it.”

As part of the Launch Lab course, she honed her “elevator pitch,” learning how to describe her book quickly and dynamically, and varying it for different audiences. In media training sessions, she also learned something unexpected about herself: she liked public speaking. “I’m an introvert, I sit at my desk and write, and I was really worried about readings and interviews, but I discovered how enjoyable the process can be,” she says. “Whenever I talk about the book that’s an opportunity to be direct about its uniqueness. I realized it’s in my power to speak about the book in the way I like.”

That confidence was crucial when the book was launched in two countries in two months—from Knopf in Canada in February and Simon & Schuster in the United States in March. She found herself on a whirlwind radio and television tour of Toronto and Halifax, followed by a number of radio appearances and readings and signings in New England. Her efforts paid off when – in addition to across-the-board positive reviews in The Globe and Mail, The National Post, Publishers Weekly, and Kirkus — she was chosen for Oprah.com’s list of “Memoirs Too Powerful To Put Down.”

Among the most rewarding aspects of Launch Lab for Mutch was the connections she made among her fellow writers who were also struggling with the highs and lows of book publicity. For someone who wrote so movingly about the difficulties of being alone in the dark reaches of the night, Mutch found unexpected reservoirs of support and comradeship among the other Launch Lab participants—and gave back support in return.

Instead of starting her own blog to publicize the book, she wrote guest blog posts on other writers’ blogs, and interviewed fellow Launch Labber Sarah Gerkensmeyer about her story collection for Fiction Writers Review. In return, she was interviewed by Gerkensmeyer for the website Late Night Library and by Ilan Mochari for The Ocean State Review. In May, Mutch partnered with another Launch Lab participant, Rosie Sultan, in giving a workshop at the Muse & the Marketplace conference in Boston.

“Combining forces was a great lesson from Launch Lab, and I think it extends to readings also,” says Mutch. “The best readings for new authors seem to be ones where there are two or three authors reading; you end up with a larger audience, get to meet other writers, and it’s more fun, I think, and less stressful.”  Being able to connect with so many other writers—both those who were new like her and those who were already established in their careers—was helpful in teaching Mutch perspective during the thrilling but stressful period of book promotion.

Among the many industry insiders who came to talk to the group, the one who stood out to her was Pagan Kennedy, author of 10 books, who urged writer’s patience. Coining the term “Slow PR” to describe her tactics, she emphasized the importance of setting personal goals beyond book sales, and building an audience slowly and steadily no matter the daily ups and downs of reviews and rankings.

“There seems to be a lot of panic among new authors about promotion,” says Mutch. “The idea of keeping the long-term picture in mind seems really important at a time when people are very results-driven—and more than anything, remembering how to simply be grateful for this ride.”

Michael Blanding is the author of The Map Thief: The Gripping Story of an Esteemed Rare-Map Dealer Who Made Millions Stealing Priceless Maps (Gotham, June 2014) and a Launch Lab 2013 veteran. Applications for this year’s Launch Lab are being taken through September 3rd.