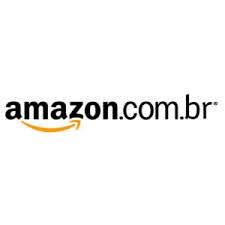 In several cases on Amazon’s Brazil site, the ebook is priced far higher than the print book.

Amazon’s negotiations with publishers in Brazil have led to surreal pricing, while some advocate passing a fixed-price law to defend against the Americans.

Following Amazon’s launch of print book distribution and sales last week in Brazil, not everyone has words of praise. If there is one issue leading some publishers to already complain about the company and request that distributors halt order to Amazon it is this: discounting. Amazon’s first weapon in attracting consumers has almost always been price. Discounting books to attract the Brazilian consumer is commonplace. For example, the French retailer FNAC has been offering its 20% off “green price” on new releases for years in Brazil. Submarino, the country’s largest e-commerce site, has notoriously practiced deep discounting on selected titles in the past, driving competitors and publishers crazy.

It is worth, then, to take a more objective look at the discounts practiced after Amazon arrived in the market. If we take the twenty Brazilian bestsellers from PublishNews’s most recent list of bestselling titles, and survey the average price at which a book is being offered by eight of the most important Brazilian e-commerce sites as of last Saturday, we find an average discount of:

As anyone can see, Amazon comes only in third place as far as the highest discounters go. Also, from the twenty titles, only two books were cheapest at Amazon. And one of them was the same price than Livraria Saraiva. The average discount on Amazon’s bestselling titles seem to be a little steeper. Last Sunday morning, the average discount on the top twenty books at Amazon’s own bestselling list was 45,04%.

When Amazon launched its Kindle ebookstore last year, many of Brazil’s leading publishers succeeded in signing contracts with Amazon that limit the discount Amazon can offer to the final customer. The result was a kind of Tropical Agency Model which prevents e-book prices from being deeply discounted as well and now, with the launch of print book sales, the consequence is both curious and a little surreal, with Amazon offering cheaper print books than ebooks for the same title in many instances.

Amazon comes only in third place as far as the highest discounters go.

For example, Sara Gruen’s Water for Elephants was sold for R$18.90 (US$8.30) in a digital format last Sunday, while the printed edition was offered for R$ 9.90 (US$ 4.35). This was the case in four out of the twenty Amazon’s bestselling titles on that day.

Of course the arrival of Amazon in the physical market will be like throwing gasoline on the price war fire. It is very likely that the battle will become fiercer and faster. But, for while, Amazon looks to be simply another kid on the block, doing what Brazilian e-commerce retailers have already done: deeply discount bestsellers to attract and conquer the consumer.

The Moved Toward Fixed-prices Gains Traction

Since it became clear that Amazon was coming to Brazil, the discussion to establish a fixed-price law in Brazil has become more engaged and the advocates for such legislation have gotten serious traction. The idea is to defend the marketplace against Amazon’s aggressive discounting. Several trade associations have advocated for the adoption of price controls, notably the National Association of Booksellers (ANL) and the Brazilian Publishers League (Libre), which represents medium and small publishers.

“We are not against Amazon’s arrival; we are against the cannibalization Amazon practices in non-regulated markets,” said Augusto Mariotto, ANL’s vice-president. “In principle, we don’t see a problem if Amazon sells books in Brazil; it is good to have another place to sell books in the market. We just want them to respect the market rules and not to offer prices below what the market practices like they do abroad,” explained Haroldo Sereza, Libre’s president, to newspaper Folha de S.Paulo. Not everyone, however, is convinced this is the path to take and the Brazilian Publishers Union (SNEL) is offering some resistance.