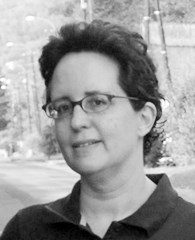 This year’s Best Translated Book Award went to Ottilie Mulzet for her translation of Laszlo Krasznahorkai’s “Seiobo There Below.” Here she discusses the challenges of the three year process.

This year’s Best Translated Book Award went to Ottilie Mulzet for her translation of Laszlo Krasznahorkai’s Seiobo There Below.

The book which logs in at 451 pages, took her three years to translate, and, as pointed out in The Paris Review, “it required familiarity with everything from the terminology of Russian icon painting to the existence of Arcade Fire. The story, told in a series of loosely linked episodes, addresses small matters of death, time, divinity, and the transcendence of art. And that’s not to mention the sentences – intricately constructed puzzles designed to disorient and amaze the reader. They can be up to fourteen pages long.” Ms. Mulzet (a partial pseudonym) sat down with The Paris Review’s Valerie Stivers to talk about the challenges of translating Hungarian and, in particular, Laszlo Krasznahorkai.

What are the strengths and particularities of Hungarian as a language, and what challenges does it present to translate it into English?

“I feel extremely close to Hungarian as a language. I love the sound of it, I love how it works grammatically, I love the vocabulary, the astonishing mishmash of words from so many different languages, I love what writers can do with it. Hungarian is an agglutinative language with vowel harmony – it has seemingly endless suffixes and amazing possibilities for compound words, and it has absolutely flexible word order, depending on what you want to emphasize in the sentence. And I would certainly mention the unbelievable elasticity of Hungarian – it’s like a rubber band. It can expand and expand, until you think, Well, this rubber band is going to break at any moment now, or it can shrink into just a few sparse words, where all the most important parts are left out and you just have to know.

“English, despite how global it is, is a lot less flexible. Maybe the kind of English that’s spoken in the Indian subcontinent – where it’s partially subjugated to the tendencies of Hindi – would be a more suitable English for translation from Hungarian, but I have to work with the language I know the best. You have to struggle to make sure the sentences don’t seem too jam-packed with information, and yet, when there’s some pretty serious elision going on, you have to test the boundaries of English, with its rigid subject-verb-object structure and having to have all your indicators in place. Hungarian can look like just a splash of ink on the page. There are sentences – or, in Krasznahorkai’s case, subclauses – of just two or three words. I’m intrigued by all this elision, and fascinated by the problem of conveying it in a recalcitrant language like English – just trying to get English to do something it’s not really meant to do. English today is the global language of commerce and trade, so while it’s dominant, it’s also in some respects deeply impoverished. It desperately needs these transfusions from other languages.

What’s being lost reading Krasznahorkai in English translation, in terms of the texture of the language?

Hungarian readers – I mean the kind of Hungarian readers who read serious literature – have a much higher tolerance for the extreme grammatical complexity of some of these sentences, not to mention the length. I tried to preserve as much of the complexity as I could – there are parts of the book, even in the original, where the reader can feel like he or she is lost in a maze, and I wanted to keep that.

“There are a few scattered short passages that read like poems in the original, and in some cases, I couldn’t preserve the sound. One example that comes to mind is the phrase ‘rizs es viz, rizs es viz’ – ‘rice and water, rice and water’ – which Master Inoue Kazuyuki describes as the only food in the house when his family was going through a period of great impoverishment. The repeated long i in that phrase, combined with the final sibilants, creates an indelible sonic impression that I don’t think can come through in the English, although the repetition re-creates, I hope, the strangely desperate humor so typical of Krasznahorkai.

Some translators claim to be more literal, whereas others take more liberties for the sake of readability. Where would you say that you fall on that spectrum?

“Sometimes I feel the ‘literalness-readability’ opposition is a little artificial, because there are many ways to transmit the utter strangeness of what you are translating. I really try to convey what I feel is unique about the original, why it wasn’t written in English and perhaps never could be written in English. I want my translation to be something impossible yet extant, something existing on the border of two utterly incompatible worlds, and yet to be a bridge between those worlds. I want the reader of the English version to feel the same shock I felt when reading the original. I don’t want to make it easy or acceptable, or to over-domesticate the text. There is an incredible poetry in the Hungarian language. Sometimes it’s infinitely gentle, sometimes it’s savage poetry.”