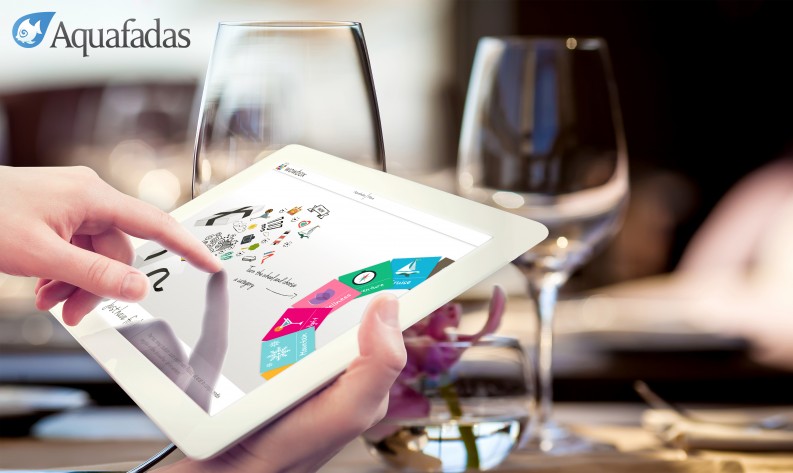 Aquafadas’ Alison Reber asks why are the majority of magazines not going digital, outlines the challenges and reflects on possible solutions.

Compared to the five centuries of print production using the Gutenberg printing press invention, digital books have, in a relatively short period of time, rapidly taken over 30% of the market. The same cannot be said for digital magazines…or what some call eZines. According to The Alliance for Audited Media, more than 300 magazines reported a total of 10.8 million digital replica additions. This accounts for 3.5% of total print magazines in circulation for 2013. With almost 7,400 circulated print magazines recorded in 2012 in the US alone, why are the majority of magazines not going digital? And how did digital books manage to amass 30% of the market so quickly? Taking a closer look at the digital book production and distribution workflow, it’s easier to understand why the leap to digital is further along for books than magazines. Typically, text-based books can be digitalized using a standard publishing format known as ePUB. The trade and standards organization for the digital publishing industry, IDPF (International Digital Publishing Forum), recognizes ePUB as the standard to create publications. So it is a single format that can be used for distribution and sale. The ePUB format is flexible, allowing for both a re-flowable layout, so content can be tailored to different sized devices, or fixed, to keep the page layout the same.

Furthermore, the digital book market provides publishers with a wealth of dedicated distribution platforms like Kobo or the iBooks bookstore on Apple. There are also many opportunities for promotion through these platforms such as the purchase of banners on the landing page to publicize new releases or offers. This helps expand the reach of a digital book and, in turn, increase sales.

The Challenges for Magazines

For magazine publishers, most of the available tools for digital production and distribution are not fully suited to handle the more complicated design associated with magazines. With the varying layouts and large amounts of images, the print to digital conversion process is more complicated. In addition, magazines, like newspapers, have rapid workflows and need to deliver content on a monthly, weekly, or even daily basis. More often than not, publishers often create a custom application to be able to quickly deliver the best user experience (UX) for their readers.

Compounding the situation is the lack of dedicated distribution platforms to help sell and promote magazines to consumer. This is an issue that publishers feel is important to address to optimize their sales.

Support from an Industry Player

After analyzing the challenges faced by magazine publishers, Kobo made it its mission to help those in the magazine market go digital and boost their publication once they had done so.

Kobo launched its digital magazine store in the end of August 2013, a platform solely designed for magazines, which has achieved great success in providing a home for hundreds of publications. Not only did Kobo create an online one-stop-shop for consumers to discover “all things magazine,” but the platform also allows publishers to take advantage of extra features. For example, readers have the option to set up a personal subscription for the magazines of their choice, quickly and easily, so that each new issue is transferred automatically to their device. Convenient for consumers but also beneficial to publishers, subscriptions help create regular sales.

Furthermore, because Kobo is a global retailer, working with Kobo gives publishers access to millions of customers in the US, Canada, the UK, France and Italy.

To clear the hurdles of digitalization, Kobo turned to its subsidiary Aquafadas. Aquafadas had developed a cloud-based publishing system perfect for the task. The simple-to-use Cloud Authoring system lets publishers quickly convert PDFs to digital-friendly publications. The system also allows for publishers to add certain enrichments, enhancing the reader experience. The workflow is simple. Publishers send Kobo their PDF files and in a matter of minutes, the files are converted into robust, intuitive and visually engaging digital publications. The entire digitalization process takes place in the cloud.

Publishers have the option to enhance their documents with features including an interactive table of contents, or “Guided Reading,” providing a more comfortable and fluid reading experience.

With more than 700 titles worldwide making a home on the Kobo magazine store, publishers are discovering that it’s not just books that can benefit from simple conversion to digital. There are powerful tools now at their disposal and a platform specifically designed for their marketing needs.