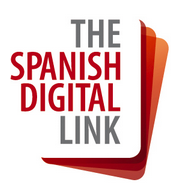 The Spanish Digital Link offers publishing localization services that will help you establish a foothold in the 500 million strong global Spanish-language market. After English and Chinese, Spanish is the most widely used language on the planet. For publishers, authors, and everyone in the media, it’s a huge opportunity — but also one that cannot be approached in a singleminded fashion.

“One of the challenges of publishing for the Spanish-language markets is a question of language. While we all do speak and read Spanish, we don’t all speak and read the same Spanish,” says Arantxa Mellado, CEO of Barcelona-based The Spanish Digital Link (SDL). “You can take a book that was written in English and translated by someone from Mexico, then published in Spain — it might not work. The colloquial language, the words and usage of Spanish in Mexico and Spain are different. You need to localize for each country. This is a service we offer.” Then, in partnership with Germany’s Bookwire, the company will convert your book and offer it for sale across the 500 million strong territory in the Americas and on the Iberian peninsula. But that’s just the first step.

In addition, Mellado’s company can provide access to market research, offers draft proofreading and even marketing services, including translating your social media postings to Facebook and Twitter into Spanish. The price? 6 euros a post.

“Localization — whether that’s knowing the specifics of the market — is key,” says Mellado. “The simple fact is that not all Spanish-language markets are the same, but that doesn’t mean you can’t reach out to them with a little extra effort.”

Would you try such a service? What is its value to you? Let us know in the comments.