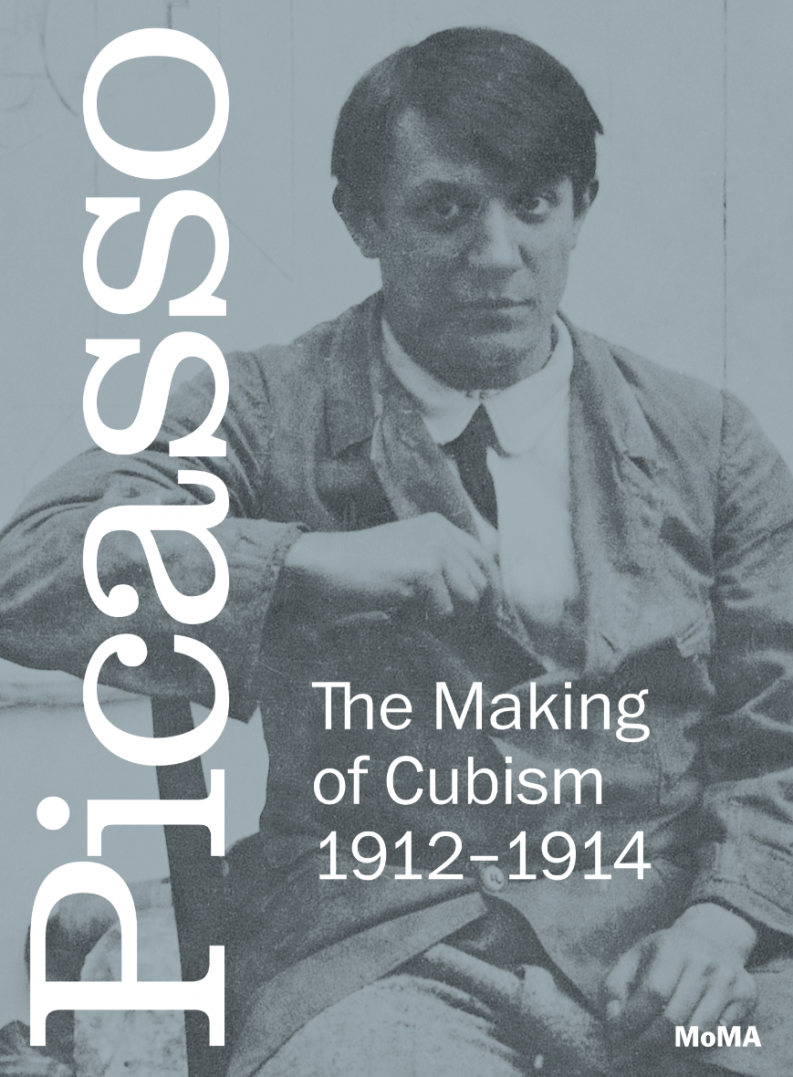 A photo of Picasso’s studio, annotated.

After 18 months clearing rights at a cost of some $25k, NYC’s Museum of Modern Art has put out the first interactive ebook featuring the work of Picasso.

By Sherrie Wilkolaski and Kevin DiCamillo

For $24.95, or what is about the equivalent the price of admission for one adult to New York’s Museum of Modern Art (MoMA), you can now own a copy of MoMA’s significant new interactive e-book Picasso: The Making of Cubism 1912-1914, edited by Anne Umland, Blair Hartzell and Scott Gerson.

Putting together the book was a “massive undertaking,” says Charles Kim, Associate Publisher at MoMA, who oversaw the project, which demanded rights clearances for 268 images at a cost of more than $25,000. “What’s notable about this,” says Kim, “is it is the first ebook monograph on Picasso and the first time the Picasso Administration [nee: estate] allowed anyone to license high-res digital images of Picasso. Not even the Google Art Project has them.”

Kim says it took 18 months to convince them and gain the clearances. “We were just in a better position to make them comfortable and to make it happen,” says Kim. As such, the museum has put the e-book on sale exclusively through the MoMA bookstore, currently as an interactive PDF.

For fans for art books in general and Picasso in particular, this Picasso e-book is a watershed: rife with the kind of erudition and enhancements that one would expect from MoMA. As the editors put it, the museum was able to exploit “the infinite real estate of the digital format” to deliver a product that is distinct and fresh from territory already well-trod by previous generations of scholars, critics and curators.

When asked what readers anticipate from MoMA’s titles, Kim says, “Our readers can expect unique stories about artists and art that come out of outstanding original scholarship. They can expect texts that are well written, well edited, and accessible, accompanied by the highest-quality images available in books, in a design that is attractive and functional…. In short, they can expect an art book that is done right.” And Picasso: The Making of Cubism delivers on all those counts.

An interactive PDF edition may seem like a stopgap step to some in this age of the tablet, but to art scholars, for books of this ilk, this is the norm: art ebooks, when one stops to think about it, aren’t meant to be read on a smartphone, or really even on a tablet. Professor Susan Doyle, of the Rhode Island School of Design, says that up to 80% of all her reading and research of art-books is done on a desktop Macintosh (which, according to her, offer better color accuracy than PCs). And, as one would anticipate, iPad edition of the book is forthcoming later this summer. Picasso still life of with glass, guitar and a bottle.

Hannah Kim, MoMA Publications’ Marketing and Production Coordinator, maintains that “the biggest benefit of selling directly to consumers through MoMAstore.org is that it allows us to maximize revenue by avoiding the commission most distributors would take.” And if you’ve ever been to the MoMA physical bookstore, their ebook-store is every bit as beautiful in its simplicity.

The book is an e-original and does not have a physical, hard-cover, counterpart — although Hannah Kim reminded us that the catalogue from the exhibition Picasso Guitars: 1912–1914, which catalyzed the research for the new e-book, was published in 2011 and is still available — it still is an incredible feat to behold: each chapter contains an outstanding reproduction of one of Picasso’s seminal and relatively “early” cubist works and includes some offering 360-views and x-rays. For example: Chapter 12 “Guitar, Ceret 1913,” contains links to the Essay, Conservation Notes, Provenance, Selected Exhibitions and References, and easy navigation to fourteen other works, thumbnailed in color on the sidebar.

This is the gestalt of the entire book and once you get the hang of toggling between the works, you are not lost, but in the midst of a creative vortex of the greatest artist of the 20th century at perhaps his most iconoclastic: “Painting forms as I think them, not as I see them,” as Picasso himself famously said. In this, Picasso was not unlike the aged Titian who, as his eyes failed, painted forms as he remembered them, not as he “saw” them or knew them to be.

In an ideal world Picasso: The Making of Cubism would be the first in a series of curated e-books, followed by Picasso: The Blue Period, Picasso: The Rose Period, and Picasso: The Sculptures (to name but a few of the welter of styles “that Nietzchean monster from Malaga” tore through). However, as Charles Kim noted, “The Picasso e-book is MoMA’s twenty-fifth digital title; it’s not the first in a series, but a special project supported in part by an external grant,” adding, “MoMA has invested a lot of time and resources into digital publishing because in principle it allows us to present perspectives and tell stories in ways that print does not.” An x-ray image of the above still life.

MoMA’s publishing arm employs 13 full-time staff and is supported by an army of freelancers and contractors and two interns, who in addition to digital books, produce 25 catalogues and collection books and three to four children’s book per year. For the Picasso project, Hannah Kim told us that they “worked with a freelance designer, Charles Nix of Scott & Nix, to design the interactive PDF, and are working with an app development company called Three Bytes for the iPad version.” Charles Kim adds, “The publishing program holds a significant place in the Museum’s mission, so it made sense to make our bookstore as robust as possible by offering the Picasso book exclusively.”

“Our Publisher, Chris Hudson, and I are constantly trying to think of ways to give our audience and our colleagues the kind of high-quality publishing program they have come to expect from MoMA, and to reach new audiences both here and abroad,” says Charles Kim. “As Chris says, ‘Everything is publishing,’ and we both have the attitude that publishing will take many different shapes and forms in the future. It will not be just a matter of print vs. e-book.” And, as a sort of coda, “Everything we do [in publishing] affects the work of our colleagues, all the more so because of the Museum’s integrated approach to using digital technology to engage our audience.”

“Everything is publishing”: it’s a contemporary mantra that echos this was reminiscent of the famous epigraph to E. M. Forster’s Howards End: “Only connect.” In this sense, MoMA has indeed connected – for what amounts to a relatively low price-point (as compared to physical art – books that cost hundreds and weigh tens of pounds)—with not a small market: patrons loyal to MoMA’s mission and, perhaps more importantly, MoMA’s bookstore. Picasso, the “Charging Bull of Modern Art,” would be proud.