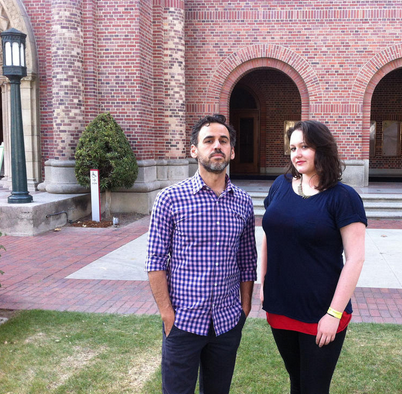 New Los Angeles publisher Unnamed Press is on a mission to carve a niche for new, international authors who may not fit into the traditional mold.

Unnamed Press is on a mission to “launch books with international settings that have universal themes, titles that are relatable, interesting and have international flair” that may have been overlooked by the larger presses, says publisher C.P. Heiser.

The publisher launched earlier this year with an arresting list of titles that began with Nigerians in Space by Deji Olukotun and continued with Good Night Mr. Kissinger by Bangladeshi author K Anis Ahmed, a collection of surrealist folk tales Walker on Water by Kristiina Ehin (translated from the Estonian by Ilmar Lehtpere), as well as Rilke Shake by Angelica Freitas (translated from the Portuguese by Hilary Kaplan) and Diorama by Mexican poet Rocío Cerón (translated from the Spanish by Anna Rosenwong). “Nigerians in Space was this sort of a crazy crime thriller starring a lunar geologists, all the characters are African and the big houses didn’t know what to do with it,” says Heiser by phone from the publishers‘ offices in Los Angeles. “We’re not limiting ourselves, I think we definitely have a wide view of what constitutes an Unnamed Book,” says Heiser. “The world is getting smaller and because of that we are more open to different points of view. But there is great writing all over and traditional publishing is in flux, there is a lock-down approach to marketing and space, so if things don’t quite fit very well or need development. The big houses and agents aren’t going to find these writers.

At present, the team is small, comprised of just Heiser, as well as marketing director Olivia Taylor Smith, who he met while Smith was serving as publicity director of the Los Angeles Review of Books. Together, they share an office with Phoneme Media, the nonprofit publisher of experimental titles and poetry, and are assisted Phoneme’s founder David Shook, who serves as Unnamed’s editor-at-large.

Reflecting LA and the World

“The background of the press is that it comes out of the publishing community in LA that deeply involved with Los Angeles Review of Books and linked to a larger community and tradition of publishing in the city,” says Heiser, who previously worked at John Wiley and at New Press in New York City. “New Press are one of the inspirations for us. They are one of the original thinkers that stood up to corporate publishing.”

Heiser hopes to carve out a niche for what he describes as “unclassifiable books that feature unlikely protagonists” but have market potential. “Take Good Night Mr. Kissinger, for example,” he says, “each story covers a different period of the city of Dhaka’s history and anyone can understand how a city grows — how that impacts the people living there — it’s relatable. This way we can connect the local and international communities.”

He continues: “The community that we have here in LA links to larger communities in the country and around the world, PEN Center USA and have been incredibly supportive with events and with emerging writers,” says Heiser. “Creating alternative spaces for talent and writers to succeed and find a place for their careers — having a place for everyone.”

Olivia Taylor Smith adds that support really started with several of the bookstores, including Skylight Books and Vromans Books, who she describes as “friends and collaborators” as well as several more around the country, including Word in Brooklyn, The Strand and McNally Jackson in New York City, Green Apple in San Francisco, Politics & Prose in Washington D.C., and perhaps surprisingly, Iconoclast Books in Sun Valley, Idaho — where Smith once worked.

As for a marketing strategy, Smith says her plan is to never give up. “Once I am promoting an Unnamed book, I’m basically doing that for the rest of my life. We’re going to try to bring digital era approach to marketing. At the bigger houses you are likely the flavor of the month. We try to do the opposite of that.”

Future plans are straightforward for the publisher: with an angel investor backing the press, “we do have confidence to look two or three years out in the future,” says Heiser.

In the meantime, he says, “We’re just going to have a lot of fun making books.”