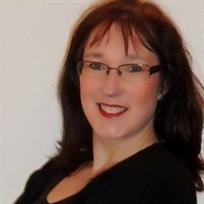 In the continuation of our regular series, global rights platform IPR License looks at what’s happening in Ireland. Ireland, similar to Spain and many other countries, had to endure a tough recessionary period but appears to have turned the corner, exhibiting a much more positive outlook for current, and future, market conditions. Large scale emigration, a strong international presence aligned with a precession of literary talent has enabled Ireland to maintain a true international publishing presence and there is no sign of this particular well running dry anytime soon.

Vanessa Fox O’Loughlin, the chair of Irish PEN, outlines how Ireland continues to punch above its weight in the literary world.

With four Nobel Laureates for Literature and four Booker Prize winners, Ireland has a wealth of literary talent disproportionate to its 4.6 million population. Irish writers consistently win international prizes – this month Eimear McBride took the Bailey’s Prize for Fiction with her debut A Girl is a Half Formed Thing.

With this rich literary heritage it’s unsurprising that the Irish market has a strong focus on literary fiction, championed by independent publishers who, with Arts Council support, bring new talent to the world stage. These include Stinging Fly Press, New Island and Liliput Press, who co-published Donal Ryan’s Booker shortlisted debut The Spinning Heart in an innovative deal with Transworld Ireland.

Sarah Goff Davis, who spotted Donal Ryan, recently founded Tramp Press, which aims to ‘find, nurture and publish exceptional literary talent’. She explains, ‘I’m extremely excited about the Irish publishing market: amongst publishing professionals, there’s a great sense of renewal and camaraderie, best expressed by the recent creation of the Dublin Publisher’s Cooperative, which is a gathering of publishing companies based in Dublin to share resources and information. The talent in Ireland is second to none, with ballsy, fresh writing from people like Colin Barrett- his short story collection (Stinging Fly Press) was shortlisted for the Frank O’Connor Award, alongside Lorrie Moore and AL Kennedy, and Sara Baume, winner of the Davy Byrne’s Prize, whose debut is forthcoming with Tramp Press.  We’ve had orders to tramp.ie for Dubliners100, a collection of 15 new stories inspired by James Joyce’s definitive collection, from France, Washington, Saskatchewan, Australia, Mexico, Portugal and farther. There is a great interest in new Irish writing. And there’s no shortage of talent to provide it.’ While literary fiction wins prizes, it can be a hard sell, and the bread and butter of the industry will always be commercial fiction. In the last 15 years, Irish crime writing has experienced a renaissance in popularity comparable to the Scandinavian writing scene with Irish Noir, as commentator John Kelly says,  developing from “it’s gothic origins, through the fast paced storylines provided by Celtic Tiger excess – and right up to the bleak fictional landscape inspired by Austerity Ireland”. Women’s fiction too, led by authors such as Maeve Binchy, Marian Keyes and Sheila O’Flanaghan consistently tops the charts worldwide.

At home, as Michael McLoughlin, President of Publishing Ireland explains, “After a tough period of recession, Irish Publishers are seeing a leveling out of sales and are looking forward to a positive autumn with some very strong lists.”

A history of emigration gives the Irish, and the Irish publishing industry, a truly international outlook, most clearly illustrated by the International IMPAC Dublin Prize, the 2014 winner Columbian author Juan Gabriel Vasquez, the longlist nominated by libraries worldwide. Ireland boasts the world’s only national writing resources website www.writing.ie, a wealth of literary festivals that make it a destination for writers globally, plus literary prizes that are coveted by authors worldwide. For a small island it punches way above its weight in all things literary.

Vanessa Fox O’Loughlin is the Chair or Irish PEN, founder of writing.ie and The Inkwell Group publishing consultancy, and the Irish and Eurozone adviser to the Alliance of Independent Authors.