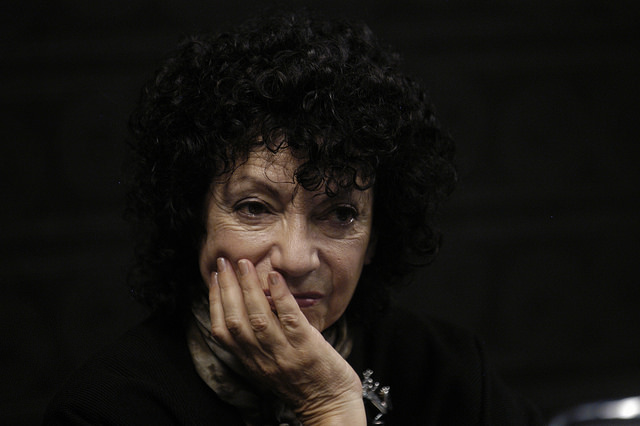 Guadalajara Book Fair’s guest nation Argentina to honor literary greats and acknowledge Mexico as a haven for exiled writers during the Dirty War. Luisa Valenzuela will be part of the Argentine delegation at this year’s FIL Guadalajara.

As this year’s guest nation at the Guadalajara International Book Fair (FIL), Argentina will bring a delegation of more than 60 writers, as well as musicians and artists, to the western Mexican city.

The South American country’s program of activities will include an international symposium on Julio Cortázar, author of the stylistically innovative novel Hopscotch as well as short stories considered classics of the genre, and an event to celebrate the life and work of Adolfo Bioy Casares.

This year is the centenary of both Argentine writers’ births.

The program will also include a homage to the poet Juan Gelman, who died in January. Exiled in Mexico, Gelman’s life and work were marked by the kidnapping of his children and the search for his granddaughter, born in captivity under the Argentine military dictatorship.

Gelman, like Casares, was awarded the Cervantes prize, considered the most important literary award in the Spanish language and bestowed upon writers for their work as a whole and their contribution to enriching Hispanic heritage. Poet María Negroni is also among the 60 Argentine authors expected at the FIL.

Among the writers slated to attend the festival are novelist, scriptwriter and critic Alan Pauls, whose novel El pasado won the Herralde prize in 2003, and Leopoldo Brizuela, who won the Alfaguara prize in 2012 for his novel Una misma noche, set during the dictatorship.

Mexico’s importance as a haven of exile for Argentines during the military dictatorship, as well as both nations’ welcoming of writers and editors fleeing the Spanish civil war, will be highlighted during the festival, according to organizers.

The Guadalajara Book Fair will deepen the links between Mexico and Argentina and both nations’ influence on the development of the Latin American publishing scene, Argentina’s foreign minister Héctor Timerman said during the presentation of the country’s program in Buenos Aires.

Parallel to the literary activities, the Guadalajara Book Fair will also play host to Argentine musicians, artists and designers, and include film screenings and theater performances.

The Guadalajara Book Fair runs from November 29 to December 7 at Expo Guadalajara.