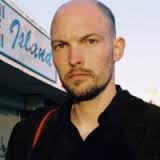 It may surprise many Americans to learn that German authors are paid to read in bookstores and have access to numerous fellowships and discounted health insurance.

Last Sunday night in Germany after the World Cup matches were over for the day, I switched channels and discovered, to my surprise, an author offering a reading and performance on zdf.kultur, one of the local television channels. Marc-Uwe Kling was solo on stage, sitting with a pile of books from which he read, offering asides and jokes, before taking up a guitar for a few songs. He looked, for all intents and purposes, like several of the authors we met on our week long-tour of German literary publishers organized by the German Book Office: for starters, Kling is tall, in jeans and wearing a hoodie. Like so many of the male German’s under the age of 40 we met during our tour in Berlin and Frankfurt, he’s got a close cropped beard and is topped off with a flat driving cap to cover his receding hairline. All that’s missing are the large, black framed glasses, which are also derigeur.

So much, so typical.

What you might not know is that many young German authors do not make their money from books, but from bookstore and event readings, as well as fellowships. The news might come as a surprise to American publishers and booksellers, who struggle mightily just to draw an audience, let alone convince people to pay for such an event. At a meeting with a trio of German writers in Berlin — which included Thomas Pletzinger (author of the novel Funeral for a Dog), Johann Maas (German translator and editor of Infinite Jest) and Katharina Adler — we were informed that for a typical event, an author might take home between 200 and 500 euros, depending on the size of the venue, be it an event space or a bookstore.

One such venue we visited, the Literaturhaus in Frankfurt, regularly hosts such evenings, and had recently held an event with Thomas Pletzinger, the author of Funeral for a Dog and other works, and one of the writers we had just met in Berlin. The Literaturhaus has several event spaces, including a large room that holds some 200 people, as well as a library of editions signed by the authors who had read there. The space resides on the former site of the old Frankfurt library, which was destroyed during the Second World War. Only the facade is original, with the remainder having been resurrected through the support of local donors and the city of Frankfurt. It is part of a network of several other similar venues across Germany, which host readings, workshops, book clubs and other activities.

Authors, we were told, also often rely on the fellowships to provide them with a steady income. “Nearly every city in Germany has a writers-in-residence program,” said Johann Maas. “They might pay you 800 euros a month and give you a room to work in. Sometimes, there are more generous working grants, [which] can be as much as 2,000 euros a month.”

That said, this particular group of authors were working professionals. In addition to publishing his first novel, Pletzinger — who interned at WW Norton in New York City — has also published a book on German professional basketball, translated a volume of Gerald Stern’s poetry, and was hard at work on both his second novel and a graphic novel about the live and death of a disillusioned development aid consultant. Maas — who was previously the drummer for the late ’90s German rock band H-Blockx — is an active translator, having recently brought Chad Harbach’s The Art of Fielding and Jonathan Lethem’s Chronic City into German. Katharina Adler, who just signed a contract for her first novel — a fictional portrait of her grandmother, who was one of Sigmund Freud’s most famous patients, “Nora,” — said she summarily rejected the idea of relying on fellowships for income. “I am a working writer, after all” she said, noting that she also takes on the occasional marketing or publicity gig for cash.

That said, there is one state supported enterprise she was keen to take advantage of: The Artists Social Program. Under this program, Adler explained, writers are offered significant discounts on their state health insurance. “When I got that, that was a big one for me,” said Adler.