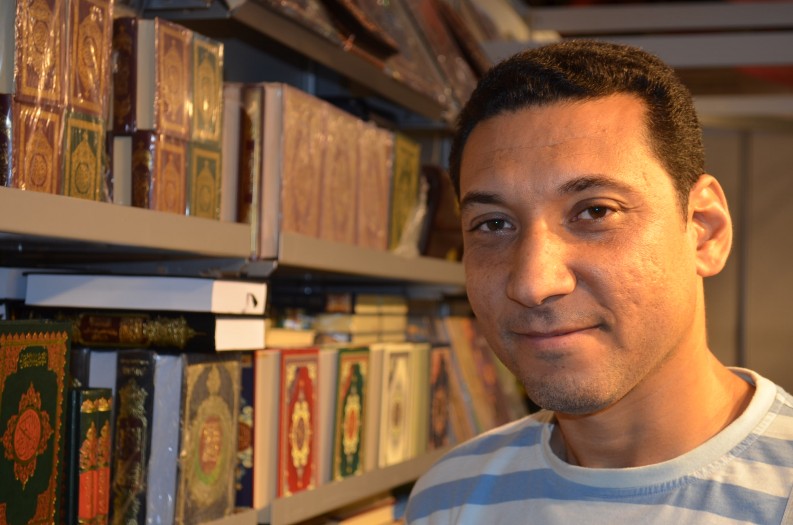 Egypt, where book sales have fallen by 50%, has given a home to several Syrian Islamic publishers who maintain the faithful need them as much now as before.

Like traders from foreign lands long ago, each exhibiting publisher at the Islamic Book Exhibit in the United Arab Emirate of Sharjah has brought news of his or her home market.

Mohamed Radi of the Egyptian Office for Publishing and Distribution was gloomy about the situation back home. “Trade in Egypt was very strong before 2008. Since then, it has fallen by 50%. When President Mubarek went in 2011 it got worse. You have to give people a good education and then they know what they need. Our government is destroying everything. Sharjah respects culture; in Egypt they are destroying the education system.”

A number of Syrian publishing houses now operate in exile from Egypt, among them children’s and educational publisher Al Irshad, from the besieged city of Homs. “Our sales are down by 20%,” said Nabih Gandali. “Most bookshops have closed in Syria. People are leaving the cities.” How does he feel? He shrugged his shoulders. “It is from God. God wants some things to happen.” He moved to Egypt two years ago and hopes to return when it is possible. “Inshallah. [God willing]. It is my memories.” Farouk Zidan: “Any Muslim, when there is a problem, needs Allah even more.”

The stand of Syria-based Dar Ghar Hiraa, which only publishes Islamic titles, is a glittering array of decorated Qu’rans. Which was the most popular? “We sell many of these,” said Farouk Zidan, picking up a gold-blocked, thumb-indexed edition. “People like the thumb index because they can find particular surahs quickly. Also, we sell larger Qu’rans at Ramadan which are easier for recitation.”

Are sales affected because of the troubles? “No, they are the same. Any Muslim, when there is a problem, needs Allah even more.”