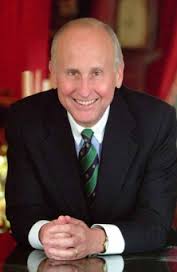 Have no fear of letting go,” says Dr. Richard Foster, Lecturer at the Yale School of Management, to publishers looking at bracing for a future of change. Dr. Richard Foster, Lecturer at the Yale School of Management and Executive-In-Residence at the Yale Entrepreneurial Institute, kicked off the opening session of the Yale Publishing Course on Monday with his presentation “Creative Destruction in Book Publishing: Balancing Continuity and Change.”

Dr. Foster has delivered this talk for the past half-decade, but it hardly seems the same talk he gave in 2012, let alone at the Inaugural Yale Publishing Course in 2010. Indeed, he has given his listeners and readers a model of how to adapt to a constantly changing business climate.

Unlike many professors who have honed their argument to self-perfection and brook no further innovation, Dr. Foster seems to, if not revel in, then invite more (and more) forms of Creative Destruction, though his presentation is geared toward book-publishing.

Nor is this lecture an advertisement for Foster’s book of the same name, Creative Destruction: Why Companies That Are Built to Last Underperform the Market—And How to Successfully Transform Them (Crown Business, 2001).

Rather, Dr. Foster weaves a tapestry of influences from Joseph Schumpeter’s phrase (which he has since made his own: “[Gales of] Creative Destruction”) to Ibn Khaldoun (on why Rome fell prey to the barbarians) to W.H. Auden (“We would rather be ruined than change”) and G.K. Chesterton’s dictum that: “The real trouble with this world of ours is not that it is an unreasonable world, nor even that it is a reasonable one. The commonest kind of trouble is that it is nearly reasonable, but not quite.”

But Dr. Foster’s real talent lies in applying these many bon mots to business in general and publishing in particular. And this is helpful in that publishing is, as the saying goes, “Business for English-majors.”

Comfortable with taking the long view, Foster reminds us that “Publishing as a business began roughly with with the Arab world, Cambridge University Press in 1534, and Brill in Holland in 1683.” The apogee of growth in the publishing industry was “1995 — followed by a rapid decline ever since.” More troubling to Dr. Foster is that “we are not forming new book publishers — never a good sign — with only a very few exceptions.”

And he is also comfortable with zooming out: “View markets, not companies.” Foster reminds all in any branch of publishing that, “We are not organized to look at the Lilliputians [who have a better chance of bringing down Gulliver than David does taking down Goliath]. And we must understand the properties of the swarm of mosquitoes.” After all, “Lots of small fish eat the big fish—and remember: Amazon was once a small fish, too.”

When it comes to Amazon, Dr. Foster is, of course, asked to play oracle but will only concede that “Amazon is probably wildly over-valued.”

However keeping up not only with Amazon but with change in general and creative destruction in particular, Dr. Foster does share “The Red Queen Hypothesis” (based on Lewis Carroll’s Alice’s Adventures in Wonderland and borrowed from the field of evolutionary biology), which is simply:

“Now, here, you see, it takes all the running you can do, to keep in the same place.”

And while publishing struggles with Amazon (and itself), Dr. Foster reminds us that the lack of growth (the “Destruction” half of Creative Destruction” in publishing) — and here we are not speaking of self-publishing, obviously — is “not a general phenomenon, it is field-specific”. Despite the current state of the economy there is much growth and expansion in the field of healthcare, for example.

There are no easy answers for publishing in this “time of transition.” Though Dr. Foster does provide lots of cautionary tales, none more entertaining (or disturbing) than that of John F. Akers, former CEO and Chairman of the Board at IBM — who unwittingly worked out Elisabeth Kubler-Ross’s “Five Stages of Grief” while nearly destroying IBM in the process from 1985-1993.

Other examples of “survivors” — that is, companies that have been around what seems a long time — not performing well include Kodak (who couldn’t move away from chemical-based photography, since they made money on film, and not cameras), and Polaroid (who in the mid-1990s still couldn’t get a grasp on going digital). They are, it is obvious, no longer survivors.

It is impossible to condense Dr. Foster’s 90-minute presentation (which he himself cut short so as to take on some questions) into anything more than a poor outline — and I’m leaving out his excellent work on companies that operate on the periphery of a black-hole, disruptive business models, the bridge-building of Santiago Calatrava, the insane sailboat-building at the beginning of the steam-ship age, and the danger of “cultural lock-in”. But I’d be remiss if I didn’t mention Dr. Foster’s belief that “Survivors operate, but markets create and destroy” may be the legacy (at least in part) of Schumpeter’s Hindu assistant, where Brahma is the Creator, Vishnu the Preserver, and Shiva is the destroyer.

And his envoi to the assembly, “Have no fear of letting go.”