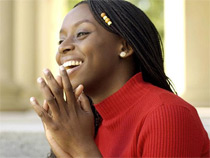 In the New York Times, Felicia R. Lee asks if the “new wave of African writers with an internationalist bent” are drawing attention away from African-American voices. Chimamanda Ngozi Adichie is among the most celebrated writers who’ve emerged from Africa. © Karen Jackson

Writing in The New York Times, Felicia R. Lee noted the “new wave of African writers with an internationalist bent”:

“Black literary writers with African roots (though some grew up elsewhere), mostly young cosmopolitans who write in English, are making a splash in the book world, especially in the United States. They are on best-seller lists, garner high profile reviews and win major awards, in American and in Britain. [Chimamanda Ngozi Adichie], 36, the author of Americanah, which won the National Book Critics Circle Award for fiction this year, is a prominent member of an expanding group that includes Dinaw Mengetsu, Helen Oyeyemi, NoViolet Bulawayo, Teju Cole, Yvonne Adhiambo Owuor, Taiye, Selasi, among others.”

And while there was an earlier “wave” of African authors in the 1960s, this one, according to Lee, is different. There are more women authors, and, these authors’ stories “often reflect the writer’s experiences of living, studying or working elsewhere and are flecked with cultural references – and settings – familiar to Western audiences.”

Manthia Diawara, a professor of comparative literature and film at New York University told Lee that the flowering of new African writers is “an amazing phenomenon. It’s a literature more about being a citizen of the world – going to Europe, going back to Lagos. Now we are talking about how the West relates to Africa and it frees writers to create their own worlds.”

Jonathan Galassi, president and publisher of Farrar, Straus and Giroux agree, saying that “there is a new self-aware internationalism” and “a much more welcoming interest” in this country, too.

But there is another side to the story. Lee writes that there are some in the book industry who say that “too many literary publishers would rather put out work by writers from Africa rather than work by African-Americans because in the current climate the Africans are considered more appealing for what it seen as a ‘black slot.’”

Lee cited Marita Golden, an African American writer and founder of the Hurston/Wright Foundation, who allowed that those sentiments do exist, but disagreed with them.

“Black writers operate within a small, culturally defined sphere,” she said. “That space is not defined by us, so with any shifts people may feel victimized or that they’ve lost, or that they’re experiencing a deficit.”

And Ms. Adichie agreed, telling Lee that “In the U.S., to be a black person who is not African-American in certain circles is to be seen as quote-unquote, the good black. Or people will say, ‘You are African so you are not angry.’ Or, ‘You’re African so you don’t have all those issues.’”

Perhaps not surprisingly, publishers disagree with the notion that African-American authors are being ignored in favor of African authors. Robin Desser, vice president and editorial director at Alfred A. Knopf and Ms. Adichie’s editor told Lee, “When the next Toni Morrison comes along, I can say that publishers will go crazy.”

But then again, how many authors are there who write at the level of Toni Morrison anyway?