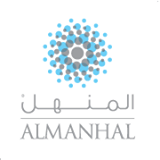 Al Manhal, the Arabic-language ebook education publishing company based in Abu Dhabi, UAE, has partnered with Amazon.com to now offer some 5,000 titles in paperback through Amazon marketplace. The company hundreds of full-text Arabic books from across 21 research disciplines, including languages, religion, economics and politics.

The company was launched in 2010 and has grown to become a leading supplier of digital intellectual material from the Arab world. Prior to this year, the company’s wealth of digital content has been exclusively available to universities and research institutes.

“For the first time, the Al Manhal digital library will be able to occupy real-world shelves. Not only does that give unprecedented access to the material, but it also helps realize the company vision of facilitating the exchange of knowledge and valuable ideas from the Arab world. This partnership will put content in the hands of countless researchers and professionals, who will gain access without the former requirement of support from an academic institution,” said the company in a statement.