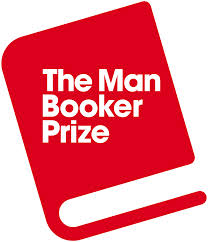 The first Man Booker prize to admit novels from across the globe as long as they are written in English has published its 2014 longlist. Following much discussion, the six judges chaired by philosopher Anthony Grayling chose 13 books by four Americans, six Britons, two Irish writers and one Australian.

One former Man Booker winner. Howard Jacobson, is on the longlist along with two previously shortlisted authors, Ali Smith and David Mitchell. Also on the list are David Nicholls, whose previous novel, One Day, was filmed with Anne Hathaway, and the Anglo-Indian writer Neel Mukherjee.

Following extensive consultation the Man Booker trustees decided this year to change the rules which had previously allowed only British and Commonwealth authors to be considered for the prize. New Zealand author Eleanor Catton, winner of the 2013 prize, commented: “I think it’s a really great thing that finally we’ve got a prize that is an English-language prize that doesn’t make a distinction for writers who are writing from a particular country.”

The Man Booker, which is awarded to the best novel of the year in the opinion of the judges, is worth £50,000 to the winner. Previous winners include Hilary Mantel for Wolf Hall and its sequel Bring up the Bodies, and two novels where sales have topped two million copies each, Schindler’s Ark by Thomas Keneally and Life of Pi by Yann Martel.

The judges will meet again to reduce their longlist to a shortlist of six titles which will be announced on Tuesday 9th September. The winning novel will be revealed on the BBC television’s Ten O’Clock News direct from a black-tie dinner in London’s Guildhall on October 14.