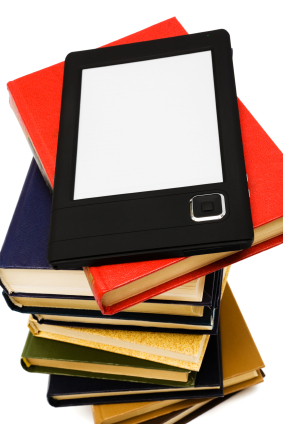 Writing for the Financial Times, Julian Baggini examined some of the latest research on reading, which he argues, is forcing us to “rethink how we respond to the written word.” Some highlights:

Neuroscientist Susan Greenfield worries that with the rise of the so-called “screen culture,” we are entering into “unknown territory,” meaning that “the brain may be adapting in unprecedented ways,” although it is still uncertain whether these changes are good or bad.

Novelist Will Self has argued that the “connectivity” of the digital world could be the death knell for the “serious novel,” which has high demands on the reader’s attention. He posted a question about where we’ll be in twenty years. “If you accept that by then the vast majority of text will be read in digital form on devices linked to the web, do you also believe that those readers will voluntarily choose to disable that connectivity? If you answer to this is no, then the death of the novel is sealed out of your own mouth.” But, he says, it might not be as simple as that. When researchers look at the differences that reading in different media take, they make a delineation between “deep reading,” which is what happens when you get immersed in a text (a la Self’s reading of the serious novel), and “active reading,” when notes are taken in the margin or the book is set aside in order to cross-reference with another text.

Anne Campbell of Scotland’s Open University studies the use of Kindle readers and traditional books among students, and learned that “electronic readers promoted more deep reading and less active learning,” which seems to be a result of design. “They’re less distracted using this very basic Kindle,” she told Baggini. “They’re almost being forced to focus on it because of the very lack of ability to do things like flick forward and flick back.” In fact, many studies have shown that people reading on screens read more slowly than those reading paper.

Sara Margolin of the State University of New York has researched this and says that “slowing down my actually allow us to spend more time consolidating what we have read into a more cohesive mental representation of the text,” adding that “not skipping around during reading” could indeed be “a good thing in that it forces the reader to read the text in order, and preserves the organization the author intended.”

On the negative side, though, it also discourages rereading which studies have shown aids in “metacomprehension” – the ability of readers to “recognize whether or not they have understood what they just read.” Baggini adds that, “This example alone shows how debates over whether print beats screen are hopelessly simplistic, not least because reading on a computer, with endless distractions a click away, is very different from reading on a dedicated e-reader.

Much depends on what you’re reading and why. In a Taiwanese study led by Szu-Yuan sun, the results showed that reading linear texts in the manner of traditional paper books was ‘better for middle-aged readers’ literal text comprehension’ but reading on computers with hyperlinks is ‘beneficial to their inferential text comprehension.’ In other words, the joined-up environment of the web encourages people to make connections and work things out, while straightforward reading encourages them to take in what’s on the page in front of them. Hence the prevalence of hyperlinks and multiple windows on computers could be seen as creating either unwelcome distraction or more opportunities for active reading learning.”

To read the whole article, click on the link here.