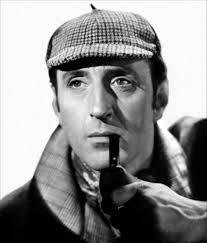 The U.S. Court of Appeals has upheld a decision that Arthur Conan Doyle’s Sherlock Holmes is now in the public domain. At the beginning of the year, we reported on a copyright case involving 50 Sherlock Homes works published before 1923. And this week a U.S. appeals court agreed with the lower court’s earlier decision, saying that those works are in the public domain, and, according to Reuters, “others may refer freely to them without paying licensing fees to the Scottish writer’s estate.”

On Monday the 7th U.S. Circuit Court of Appeals in Chicago said that U.S. copyright law did not cover earlier works with the famous detective, “including references to Holmes, his sidekick Dr. Watson, his arch-enemy Professor Moriarty, 221B Baker Street, and even Holmes’ cocaine use.”

Circuit Judge Richard Posner, writing for a three-judge panel said that there was no basis to extend U.S. copyrights beyond their expiration, saying that only Conan Doyle’s last ten works with Holmes, published between 1923 and 1927 whose copyrights expiring after 95 years, deserved protection.

“When a story falls into the public domain, story elements – including characters covered by the expired copyright – become fair game for follow-on authors,” wrote Posner.

How did this all come about?

The Guardian reports that Doyle’s estate contacted Leslie Klinger in 2011, when he was preparing to publish an anthology of original fiction starring Holmes, A Study in Sherlock: Stories Inspired by the Sherlock Holmes Canon. The estate demanded that Klinger’s publisher, Random House, pay $5,000 in licensing fees for the use of the Holmes character, which they did, even though Klinger believed that the Holmes stories were safely in the public domain.

When Klinger was working on a sequel, In the Company of Sherlock Holmes to be published by Pegasus Books and distributed by WW Norton & Company, Doyle’s estate again warned that it would sue Klinger and his publisher if a new licensing fee wasn’t paid.

“If you proceed instead to bring out Study in Sherlock II (the original title of In the Company of Sherlock Holmes) unlicensed, do not expect to see it offered for sale by Amazon, Barnes & Noble and similar retailers. We work with those company[ies] routinely to weed out unlicensed uses of Sherlock Holmes from their offerings, and will not hesitate to do so with your book as well,” wrote Doyle’s estate.

The Guardian reported that Klinger said he wasn’t infringing on the 10 Holmes stories that remained under the 95-year umbrella of copyright protection, “where details about Holmes’ feelings about dogs and Dr. Watson’s second marriage were revealed.”

“US copyright lasts for anywhere from 95 years, or the life of the creator plus 70 years, depending on a number of factors, such as when it was published and whether it was a hired work,” The Guardian explained.

In the initial case, Doyle’s state did not appear in court for the complaint. But when Klinger then filed a motion for summary judgment, the estate then argued the Klinger had no right to use the character and even asked for even greater copyright protection.

And it was that appeal that ended with what The Guardian called “the seventh circuit judges’ scathing affirmation of the expiration of copyright.”

The estate based its argument on the idea that copyright should continue to apply to the older stories because Holmes was “made a more ‘round’ character in the last 10 stories.”

But as Judge Posner wrote in the court’s opinion, “Flat characters thus don’t evolve. Round characters do; Homes and Watson, the estate argues, were not fully rounded off until the last story written by Doyle. What this has to do with copyright law eludes us.”

“Repeatedly at the oral argument the estate’s lawyer dramatized the concept of a ’round’ character by describing large circles with his arms. And the additional details about Holmes and Watson in the ten late stories do indeed make for a more ’rounded,’ in the sense of a fuller, portrayal of these characters. In much the same way we learn things about Sir John Falstaff in ‘Henry IV,’ Part 2, in ‘Henry V’ (though he doesn’t actually appear in that play but is merely discussed in it), and in ‘The Merry Wives of Windsor,’ that were not remarked in his first appearance, in ‘Henry IV,’ Part 1. Notice also that Henry V, in which Falstaff is reported as dying, precedes ‘The Merry Wives,’ in which he is very much alive. Likewise the ten last Sherlock Holmes stories all are set before 1914, which was the last year in which the other stories were set. One of the ten, The Adventure of the Veiled Lodger (published in 1927), is set in 1896…Thus a more rounded Holmes or Watson (or Falstaff) is found in a later work depicting a younger person. We don’t see how that can justify extending the expired copyright on the flatter character. A contemporary example is the six Star Wars movies: Episodes IV, V, and VI were produced before I, II, and III. The Doyle estate would presumably argue that the copyrights on the characters as portrayed in IV, V, and VI will not expire until the copyrights on I, II, and III expire.”

(Gawker noted that this is possibly the first time in the history of this country that the specter of Jar-Jar Binks was invoked in the name of all that is good, holy, and in favor of limited terms for copyright.)

“Anyway it appears that the Doyle estate is concerned not with specific alterations in the depiction of Holmes or Watson in Holmes-Watson stories written by authors other than Arthur Conan Doyle, but with any such story that is published without payment to the estate of a licensing fee,” the judges wrote.

Reuters reported that Jonathan Kirsch, a lawyer for Klinger, said he was gratified by the decision. “Copyright begins and ends, and cannot be extended indefinitely,” he said in an interview, adding that he hopes to publish the new book in November.

“The urge to publish more comes from the love for the first 60 stories, and people should be encouraged to create more.”