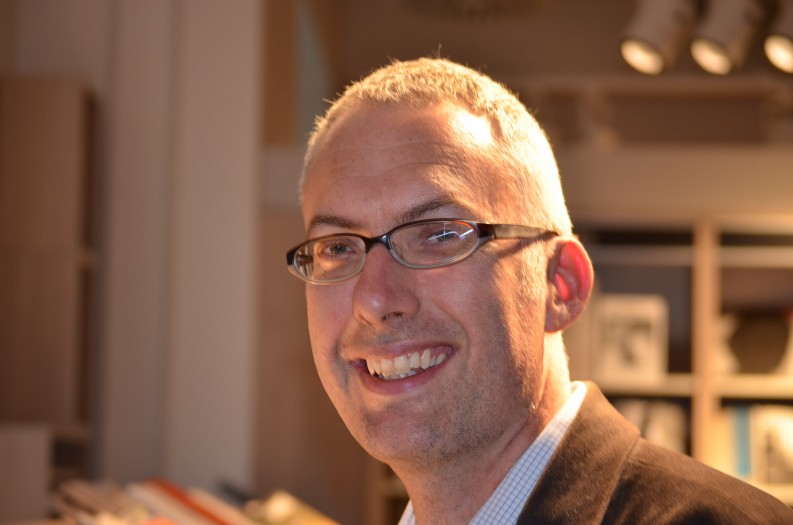 The UK media interest in the new Foyles on London’s Charing Cross Road has been quite staggering – and heart-warming. Anyone who visited the store in the last week or so was likely to see a radio or TV crew conducting an interview with Retail Operations Director Sion Hamilton as he gave another tour, or a journalist speaking to Chief Executive Sam Husain. The attention shows the level of affection felt for the Foyles name, as well as some smart work by PR company Four Colman Getty. This is a shop that people care about. Foyles is the store that everyone in the media – and their parents, and their grandparents – has grown up with, and when it comes to the publishing industry the new shop has tremendous symbolic significance. The hopes of so many of those working in the book business in the UK are invested in this new shop. It is almost being seen as a test case. If this shop works, then everyone will breathe a little easier. When the history books are written in years hence, this store will surely be seen either as bricks and mortar’s last hurrah, or the point at which print and digital – and physical retail and online – decided that they could happily co-exist after all.

All of which explains why there was such a magnificent turn-out at last week’s grand opening party. As someone remarked: “When did you last come to the launch of a bookshop?” Actually, that one was easy to answer. It was 15 years ago, when Waterstones opened its flagship Piccadilly store in September 1999. Different times. Back then kindle was something you did to a few sticks and a flame. Penguin Random House Chair Gail Rebuck summed up the mood exactly. Admiring the shop’s new atrium along with HarperCollins’ CEO Charlie Redmayne and agent Ed Victor, she said: “It’s a temple to books, a destination, and it’s happened at just the right moment. This roots you back to the fundamentals. It’s about creating and publishing great books and it’s about people coming in and having that wonderful experience of not knowing what they want and being enchanted. I love it.”

Little, Brown’s David Shelley, who continues to have such success with JK Rowling’s other persona, Robert Galbraith, described it as “a beacon of hope,” while others gazing more than a little wondrously included Transworld’s Larry Finlay, Weidenfeld’s Alan Samon, PRH’s Susan Sandon and Richard Cable, authors Philip Ardagh and David Nicholls (of One Day fame) and agents Jonathan Lloyd and Jonny Geller of Curtis Brown.

It was as if no one could quite believe what they were seeing. As Waterstones’ MD James Daunt (yes, he was there too) put it, with a touch of awe: “This is a serious, serious investment in physical bookselling.” In a long, welcoming speech – delivered from the balcony that overlooks the children’s department – Chairman Christopher Foyle, whose grandfather, William, co-founded the business in 1903 – acknowledged that the store “had no divine right to exist. Competition is fierce. There are many other companies out there, some of them named after great rivers like the Nile, the Irrawaddy and the Orinoco. To survive you have to offer great service. Our booksellers do that, which is something you cannot find on the Net.

“But to survive you also have to receive terms that are no less advantageous than those given to competitors, and I’m glad to say more publishers are doing that.” Then he added, carefully mentioning no names: “I would like to add something about the human condition too. When a company has a monopoly position, it will abuse it, and I’m glad to see that this is something that publishers are noticing.”

London Times columnist Caitlin Moran, author of the forthcoming novel How to Build a Girl (Ebury), described Foyles as “the sexiest shop in the street, the one that, when all the other shops go for a drink after work and ask ‘which shop would you most like to sleep with?’, this is the one everyone chooses.” Which is an accolade of sorts. A surprise guest was actor Stanley Tucci (The Devil Wears Prada), now relocated to the UK with his British wife, the agent Felicity Blunt. He is a fan of bookshops and was being given a tour by Orion CEO David Young, now also back on UK shores after his sojourn in the US running Hachette.

And finally, Hamilton took to the bridge – the right term for a store that is a veritable liner of literature – to propose a well-received toast. “This is to a monument that can be underlined and annotated and handed down from generation to generation. I’d like to propose a toast to the book….to buildings, books and Foyles!”