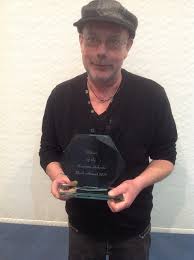 As we reported yesterday, when Kevin Brooks won this year’s Carnegie Medal, given annually by UK librarians since 1936, for his dark YA novel The Bunker Diary (Penguin), critics such as The Telegraph‘s Lorna Bradbury denounced the choice, calling it “a uniquely sickening read,” which “seems to have won on shock value rather than merit.”

And, as The Guardian notes, other voices have joined in the criticism.

Writing in The Independent, Amanda Craig, while noting that not every children’s book, not every classic has to have a happy ending, added that:

“Brooks’s story of kidnapped kids who never escape from their prison offers no more hope than John Fowles’s The Collector – which it echoes without ever achieving Fowles’s humanism, poignancy and gorgeously literate style. It is depressing both in its nature and its lack of redemption; as a children’s critic, I refused to review it on publication. Brooks has written so many better books than The Bunker Diary that it is deeply ironic the Carnegie should have chosen this one, out of an otherwise engaging oeuvre, to celebrate and promote. It is the latest in a trajectory for the Carnegie prize which nobody who loves children’s books can possibly applaud.”

At the same time, award-winning children’s book author and scriptwriter Frank Cottrell Boyce entered the fray, in a comment on The Guardian’s original news story. And while he wrote that “I’m not making a comment on Brooks’s book which I haven’t read. He is well-regarded and the Carnegie should reward excellence,” he did to on to question more specifically the award, YA, and YA publishers:

“There is however a problem here. The Carnegie was instituted as a prize for children’s fiction. Brooks is a YA writer. YA fiction is extremely lucrative for publishers. It sells well and is low-risk as the vast majority of titles – including some brilliant books – are generic (vampires, sick kids, issues etc.).

“Could not some of the publishers who have done so well out of the category stump up for a YA prize instead of predating one of the few places where children’s books aimed at children can still get some attention?”

For those who haven’t heard, The Bunker Diary tells the story of six people, “including the 16-year-old diarist Linus and a nine-year-old girl, who have been kidnapped and locked in a bunker,” a story that Simon Mason described in the Guardian as “a horrific parody of a reality TV show.”

The Guardian notes that opinions of the book are decidedly mixed. One parent commented on The Guardian’s news story that The Bunker Diary had ‘freaked-out’ her 12 year old daughter and sickened and disturbed her 15-year-old son. “This book should have a warning on the cover, and should not be allowed to be read by children under 16 years of age.”

At the same time though, the book garnered raves on the paper’s children’s book site from one particular school reading group, The Millenium RIOT Readers in Gateshead. “The Bunker Diary is very bleak and usual, but the characters in the story are what made this book important,” they wrote. “Their breakdown, because of the helplessness of the situation they find themselves thrust into, is what, we felt, drives the story forward to its frustrating and thought-provoking end.”