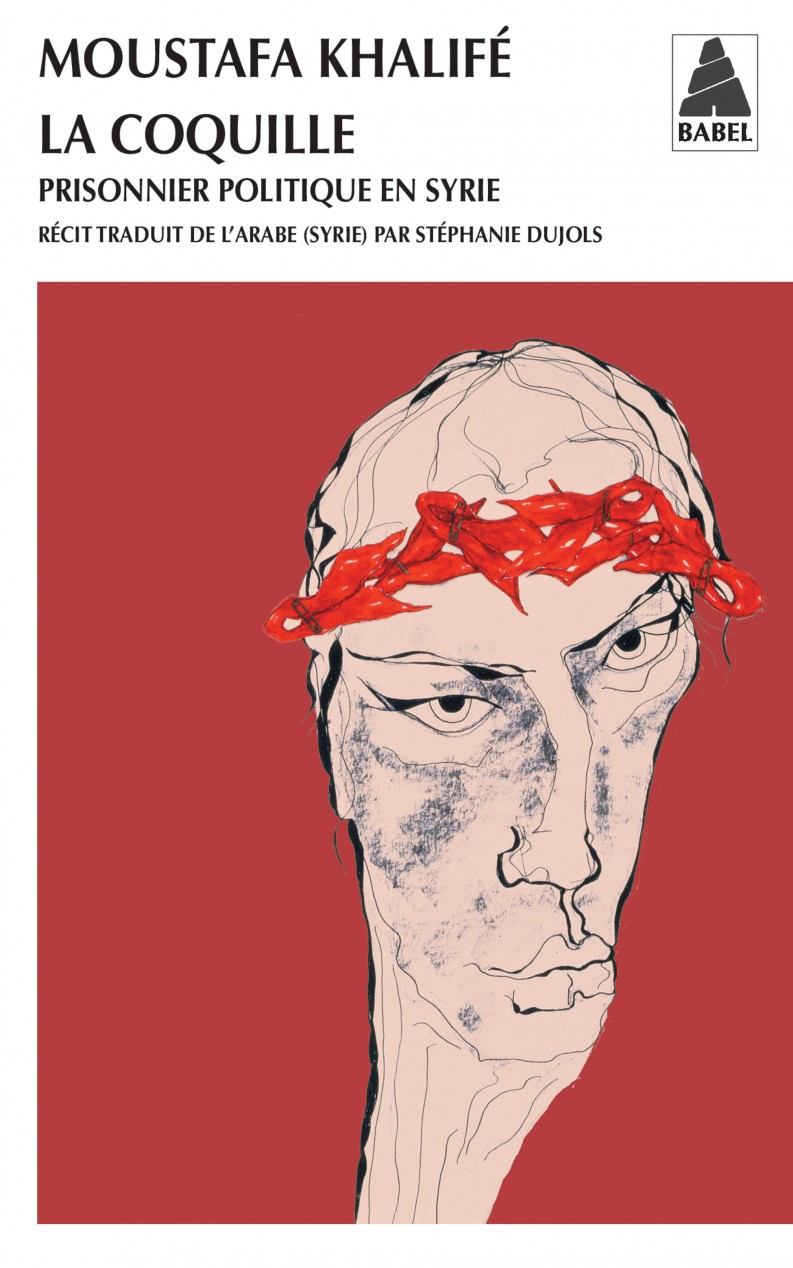 Syrian novelist Moustafa Khalifé discusses the writing his novel about his long imprisonment, “La Coquille,” and the lingering effects of incarceration. Moustafa Khalifé was born in Syria in 1948. He studied law and was in a far left wing opposition group until his arrest in 1979. He was freed the following year but was arrested again in 1982 and held in the infamous Tadmur prison. He was released 12 years later in 1994. La Coquille (The Shell), his first novel, is in the form of a journal, relating the daily life of a man who is arrested and held for 13 years without knowing what the charge is. Besides the brutal conditions, which include torture, dehumanization and executions, the fact that the character is an atheist causes him to be ostracized by the majority of the other prisoners who are practicing Muslims. He creates a protective shell about him. For the moment The Shell has been published in French, translated by Stéphanie Dujols (2007), and in Arabic (2008). Elisabeth Jacquette translated an excerpt into English.

Publishing Perspectives spoke with Khalifé, who is a political refugee in France; he is currently working on his second novel.

PP: Your character in The Shell is a Christian Syrian and an atheist. Why did you choose a Christian as your protagonist?

Khalifé: Everything in the book is based on things that really happened. I put several characters together to form one. The main character was based on a personal friend who is Christian and studied cinema. I added my feelings and my personality. I am also an atheist.

PP: Had you written before, or even entertained the idea of writing?

Khalifé: Since I was a child my main love was reading and writing. I always dreamed of writing. I focused on my political activities and this long imprisonment delayed my writing.

PP: Your character writes in his head in prison and memorizes his journal for all those years, a method he says was developed by Islamists, called “mental writing” that they first used to recite suras from the Koran, then to remember every detail about their incarceration. Is this true, and did you use this method?

Khalifé: Yes, it just pored out of me when I began to write down the story. When I finished my second book I sent it to my publisher [Dar al Adab] in Lebanon. One month later I thought about it and asked them to stop everything, I had to rewrite the book. Even though I had written the book outside of prison, the construction of the entire story was as if it had been built and accomplished in prison. The story reflected the pressure and tension that I lived in prison and not how I lived outside of the prison. In prison you focus on things that you lack and that have been taken away from you, like sex.  In prison sex takes on a much bigger proportion than it does in real life. I had actually reproduced what I had in my mind when I was in prison.

PP: How did you get your first manuscript to a publisher and why was it first published in French?

Khalifé: I had two motivations to write this book, the first was personal; I wanted to download my emotions. The second was more general and was tied to the country and being a human being. I wanted the book to be a rock of freedom, a condemnation against all violence against humanity, wherever one is and whatever the violence is. When I finished the book I was in Syria and I used close friends to distribute the manuscript to see what their reactions were. My friends said it would be difficult to publish it in Arabic [publishers were afraid] and that I should accept publishing it in another language so that people would know what was going on in Syria.

PP: There is an incredible sense of organization among the prisoners, almost better inside than anything you would see outside?

Khalifé: The situation and the need forces people to conform and follow rules in order to survive. The will to live creates solidarity; this closeness is a result of a common victimization.

PP: There are several moments in the book when you touch on the topic of homosexuality and specifically when the character begins to doubt his own sexuality when he become friends with Nassim. Can you talk a little about that?

Khalifé: He either doubts or discovers who he really is. In situations such as prison, the pressure can make you discover another side to yourself or you can go towards homosexuality purely for sexual reasons. Outside of prison, social pressure can be a deterrent from discovering this side that might exist in you.

PP: In your book the character dreams of lazing about and day-dreaming, but in fact when he’s actually released he is unable to enjoy doing this. Is this the ultimate punishment?

Khalifé: Prisoners are divided into two categories. The first goes towards what is negative and an abandonment of all desire. The others are Epicureans. All they want is to get out and take pleasure in life.  This incapacity to enjoy life happens because when they get out of prison they realize the country itself is a prison. But also, prison is prolonged in life. I was released in 1994 and yet last night I woke up and thought I was still in prison.