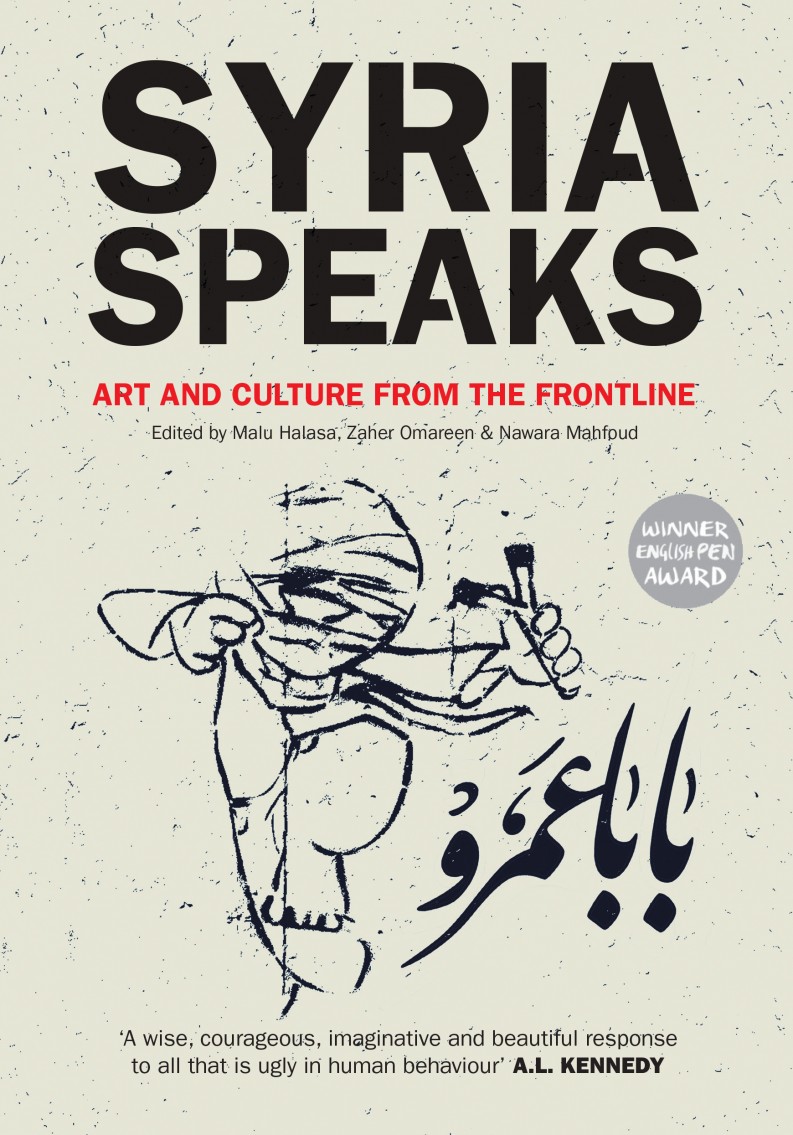 The new book “Syria Speaks” brings together writing, cartoons, and artwork from over fifty Syrians who stand firmly against tyranny and violence. As the Franco-Syrian editor Farouk Mardam-Bey said, art and literature have been at the heart of the resistance movement in Syria that began in 2011. Acting on this reality, UK-based writers Malu Halasa and Zaher Omareen, along with journalist Nawara Mahfoud, began cataloguing poems, cartoons, political posters, photographs, artwork and writing from over 50 artists and writers from Syria who stand firmly against tyranny and violence.

The result is Syria Speaks, a book filled chock-a-block with treasures: short stories by Samar Yazbeck and Khaled Khalifa, powerful and terrifying illustrations and digital prints by Khalil Younes and Sulafa Hijazi, posters from the anonymous Syrian artists’ collective, a letter from the jailed director of the Syrian Center for Media and Freedom of Expression, Mazen Darwish, and many other informative articles, fascinating artwork and writing. An interview with one of the editors, Malu Halasa, can be read at the site Arabic Literature.