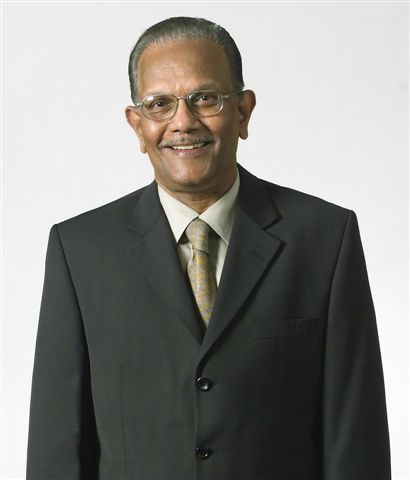 R. Ramachandran of the National Book Development Council of Singapore discusses the country’s efforts to become a regional hub for literary arts.

SINGAPORE: The National Book Development Council of Singapore promotes and encourages the local community of writers, publishing professionals, librarians, and booksellers working in all four of the country’s official languages: English, Mandarin, Malay, and Tamil. Its aim is to establish Singapore as a hub for publishing and the literary arts. Publishing Perspectives spoke to the Executive Director, R. Ramachandran.

How far has the Council succeeded in developing Singapore as a regional center of literary activity? What still needs to be done?

Our own programs, in conjunction with those of the National Arts Council (NAC), have together made a good start. The NAC’s Singapore Writers Festival and our own Asian Festival of Children’s Content (AFCC) have together established Singapore as an Asian center for writers producing content for both adults and children.

Our awards for children’s content, such as The Scholastic Asian Book Award, a joint initiative with the children’s publisher, and Asian Picture Book awards for both authors and illustrators, have been particularly successful. Through our involvement with children’s books, we have directed the attention of illustrators to Singapore, thus helping to promote the city as an Asian center for the visual arts.

What we have not yet become is a fully-fledged publishing center. We still need trained editors and marketing personnel specializing in regional and international marketing. We need to develop literary agents and expertise in the selling of rights. We are addressing these needs and have established the Academy of Literary Arts and Publishing for training personnel in editing, book design, intellectual property management, and the various other aspects of publishing.

Which other Asian cities do you see as rival hubs for publishing? What are they doing better, or not so well, as Singapore?

Actually we have no rivals. We are unique in publishing and promoting all four languages: English, Chinese, Malay and Tamil. Our diversity in language and culture makes us attractive to the literary arts community throughout Asia. Having an English-speaking population means we can publish in English for the world market.

Singapore itself has a small market for books, but the predominance of English means it is excellently placed to be a bridge between East and West. What are you doing to grow international connections in the publishing industry?

Local publishers do not publish for Singapore alone. They publish for the region, and hence what needs to be done is to connect them with distributors who will distribute the books to the rest of Asia. We need to emerge as a country which has good translators. Once we have a core group of translators, we can translate Asian books into English, and from one Asian language to the other. When that happens we will have a market of 700 million in ASEAN alone to reach out to.

Perhaps the even bigger challenge is reaching out to the West. The West wants to sell to the East but does not readily buy from the East. Such purchases, if any, are very limited. What must be done is that we must reach out to the West not through establishing contacts with the Western distributors but by developing our own network to handle distribution. Only then, through a coordinated effort, can publicity, marketing and sales be effective.

Already we are attracting writers and key industry players from the West to our festivals, enabling them to become familiar with our literary works. We want them to recognize our content is good, but not necessarily to take on the responsibility of distributing books published in Asia.

Southeast Asia lacks an international marketplace for rights. Do you have plans for an Asian books fair, as an Eastern equivalent of Frankfurt or London?

The AFCC is already acting as a marketplace for children’s content, and this is bound to grow. We intend to suggest to the National Arts Council that we should organize an Asian book fair for all content, in conjunction with the Singapore Writers Festival.

How do you promote writing and publishing in languages other than English?

The Singapore Literature Prize managed by us gives recognition to works published in all four official languages. All our festivals have a strong track record in presenting workshops and seminars in Chinese, Malay and Tamil. This we think is unique as most literary festivals are monolingual.

What do you do to promote translation between languages, especially of Chinese, Malay and Tamil into English?

In 2012, we held the first Asian Expressions, a conference designed to focus on and promote literary translation, to celebrate writings and writers in Asian languages, especially Chinese, Malay and Tamil. The conference brought together translators and authors from various language groups to enable cross-cultural exchange. Asian Expressions was a great success and we intend to hold it again, either bi-annually or once in three years.

At the Storytelling Festival, storytellers from Singapore, India, Korea and Italy will be telling stories translated from other languages into English.

Do local authors writing in Chinese, Tamil, or Malay have international connections?

Writers in each language group have strong associations and links with their own diasporas, as well as with writers in the country or countries where the language is a – or the – national language.

All genres are popular but across all four languages poetry is most popular.

What currently are the major concerns of Singaporean writers?

Lack of sufficient support. Our writers need staff to manage their publicity and marketing activities as most are also fully employed. Writers need more exposure. They need to travel and take part in Festivals throughout Asia and the West.