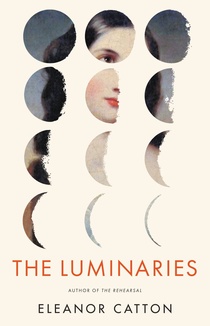 It has been said that everybody has one novel in them. Perhaps. But when it comes to the dreaded second novel syndrome, that’s something else all together.

How many of those have been damned in reviews with the infamous line “fails to live up to the promise of the first?” And how many good or even great second novels fall through the cracks as reviewers fall over themselves to praise the next “great” first novel?

Well, it turns out there’s an award designed to award and bring attention to the year’s best second novel – and it’s called fittingly enough – The Encore.

First awarded in 1990, the £10,000 Encore Award for the best second novel is sponsored by Lucy Astor and promises to “fill the niche in the catalogue of literary prizes by celebrating the achievement of outstanding second novels, often neglected in comparison to the attention given to promising first books.”

This is the Way by Gavin Corbett (4th Estate)
(Gavin Corbett’s first novel was Innocence.)

How Should a Person Be? by Sheila Heti (Harvill Secker)
(Sheila Heti’s first novel was Ticknor)

The Professor of Poetry by Grace McCleen (Sceptre)
(Grace McCleen’s first novel was The Land of Decoration.)

All the Birds, Singing by Evie Wyld (Jonathan Cape)
(Evie Wyld’s first novel was After the Fire, a Still Small Voice)

And the recipient of the 2014 Encore Award was Evie Wyld for All the Birds, Singing.

The Guardian reports that in a statement, the Encore described the book as an “exception novel,” one in which “the reader isn’t quite sure of who the narrator is, what danger she currently faces, or what traumatic events have sent her from the Australian outback to a sparsely populated British island,” going on to praise Wyld’s “tightly controlled structure and cleverly deployed language, which it said slowly reveals “a complex and affecting story,” in which “not a word is out of place.”