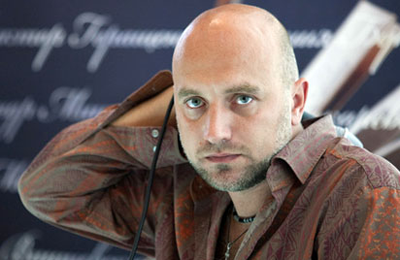 “the traditional novel is enjoying a comeback in Russian prose”

At Russia Behind the Headlines, Georgy Manaev writes that the shortlist for the ninth annual literary prize known as “The Big Book” has been announced. Called Russia’s most influential literary award “in mainstream prose,” it’s also nation’s the most financially lucrative.

“The total prize money for the ‘Big Book’ is 5.5 million rubles ($160,000). The author whose work wins will receive an award to the tune of 3 million rubles, second prize is 1.5 million rubles and third prize is 1 million. Novels, collections of poetry and short stories, documentary fiction works and memoirs can all be submitted to the ‘Big Book Prize’ if written in Russian. The founders of the prize are the Centre for the Support of Russian Literature, The RAN Institute of Russian Literature, The Federal Agency of Press and Mass Communication, The Federal Agency of Culture and Cinematography, The Russian Book Union, The Russian Association of Libraries, ‘Gasprom-Media’, the Russian State Television and Radio Company, the news agency ITAR-TASS and a whole host of media companies.”

According to Manaev, insiders are saying that Zakhar Prilepin’s Cloister is the early favorite to take the prize. The book tells the history of the ancient monastery of Solovki, which became a prison in the 1920s, and is told from the point of view of a young man who is sent there for an accidental murder.

“In this novel, Prilepin has reached new heights in terms of his writing and understand of life,” said Mikhail Butov, chairman of “The Big Book” prize’s panel of experts.

“Yet, what is more important is that the book raises the always topical subject of a spiritual feat that a human being achieves against the backdrop of political reprisals and a struggle for survival. It is not only Russian readers who understand and appreciate this subject.”

Manaev also described Kseniya Buksha’s novel The Svodoba Factory, which he says is “based on the author’s interviews with workers at a St. Petersburg plant and even contains their direct speech. Yet it is a work of fiction in the now almost forgotten ‘industrial novel’ genre.’”

Another favorite is Vladimir Sorokin’s Telluria, a “dystopian tale of Russia plunged back into an age of warring fiefdoms,” which tells each of the book’s 50 parts in language that reflects the “different mentalities of the citizens in his imaginary future Russia.”

The list reflects the wide variety that is Russian literature. But even so, when asked whether there seems to be a trend in this year’s literature, Butov, according to Manaev, had a quick answer:

“The 2014 Big Book shortlist has shown that the traditional novel is enjoying a comeback in Russian prose. Long, complex, raising the fundamental issues of life – in other words, the type of novel that Russian literature has always been famous for.”