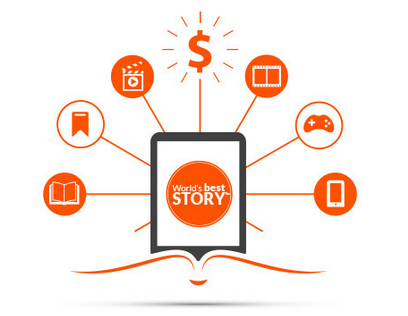 Officially launched at BEA 2014, World’s Best Story, a new social contest to reward both readers and writers, is looking for the next big blockbuster story. Aspiring authors will be reviewed and voted on by a community of readers, and ultimately, hand-selected by a panel of best-selling authors. The grand prize winner will have his or her title published by FastPencil PREMIERE, a publishing service that has represented authors such as Mercer Mayer, Steven Pressfield and Mark Victor Hansen.

Based in Montreal, the World’s Best Story aims to make the story’s blockbuster potential is the star attraction. What’s more, they want to know that the story will succeed not just as a prose, but in all media, such as film and games.

The six-month-long contest aims to find a manuscript that has the potential to be a smash hit in books and beyond – from movies, to video games, to graphic novels, to merchandise. Aspiring authors in top-grossing genres will enter their blockbuster story concept and sample chapter for the community to review and help select ten finalists and grand prize winner.

“This is not just a literary contest, we’re looking for stories that will be consumed in multiple media formats – from books to the big screen and beyond,” said Vincent Salera, Founder, CEO and CCO of World’s Best Story. “Our goal is to revolutionize the traditional literary contest and identify a story with mass appeal. We’re looking for a tale that audiences will love and help authors turn that tale into transmedia franchises, which is why we’re empowering readers to judge this contest.”

Writers can enter by clicking here or by logging onto FastPencil, and uploading their title, cover, blockbuster concept and sample chapter. Only contestants that have uploaded a full manuscript to FastPencil will be eligible for the final round of professional voting by a panel of best-selling authors and the grand prize.

“FastPencil is a self-publishing platform based on social writing and reading, which is why we’re a perfect fit for this revolutionary literary event,” said Steve Wilson, co-founder and President of FastPencil. “World’s Best Story is all about socially identifying and curating stories with mass appeal. By using the FastPencil platform, the writers are easily able to improve their work with instantaneous feedback from the community.”

Readers will play a key role in the contest, judging in every round through the finals. World’s Best Story has developed a proprietary algorithm that determines blockbuster potential based on reader feedback.

For reviewing, rating, and voting on stories, readers will be rewarded with prizes from World’s Best Story sponsors. Readers can enter by visiting WorldsBestStory.com to review contestant stories, rate their blockbuster potential and cast a final vote to see which story will win the World’s Best Story grand prize. The contest will have five key periods for entrants and reader judging:

The Top 10 finalists will be judged by a professional panel headlined by FastPencil PREMIERE author James Kahn. The winner will be announced at the Toronto International Book Fair and awarded the grand prize package from World’s Best Story and FastPencil – their title published by FastPencil PREMIERE, trademark protection in the U.S. and Canada, a cross-country promotional book tour, consulting with celebrity authors and more.

Please note, entries will only be accepted from residents of the U.S., Britain, the Republic of Ireland, Australia, New Zealand, South Africa, and Canada.

To learn more about World’s Best Story, including how to enter; click here.