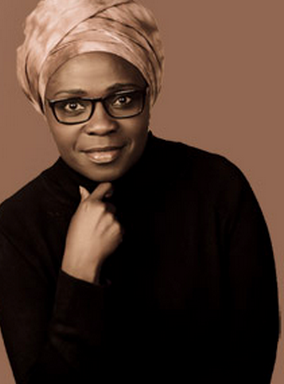 In the ten years since its launch, Kwani?, East Africa’s first literary journal, has led the growth of literary life in the region — and now looks ahead.

Kwani?, East Africa’s first literary journal, turned ten in November 2013 and the waves of their five-day long anniversary celebration continue to ripple half a year later. This is not a new experience for the Kwani Trust, the organization comprising a publishing house and literature development arm that grew from a grass roots effort to create a socio-political space for like-minded writers, poets and artists in Kenya. They’ve spent a decade making waves.

As Kwani? founding editor Binyavanga Wainaina told CCTV News during the gala anniversary event, “to have a vibrant literature you need a big ecosystem.” He continued: “You must remember that New York or any middle city usually has more publishers than all of Africa put together. So we are only the droplet in where we are going.” In the spirit of how Kwani was formed, Wainaina encourages young people now to not just remember what Kwani did: “You’re living in times of better technology, better possibilities. Do not wait for anybody. Makes yours and put it out there.”

The Urgency of Storytelling One strand of festivities was the award ceremony for the Kwani Manuscript Project. The Manuscript Project is a milestone for the organization in terms of a commitment to finding an increasingly diverse range of storytellers from around Africa. The Project’s aim was to find unpublished manuscripts that embodied the adaptability and resilience of the African novel. Kwani will publish the novels of winner Jennifer Nansubuga Makumbi and first runner-up Saah Millimono in May, and second runner-up Timothy Kiprop Kimutai’s novel is scheduled for an August publication.

Ellah Allfrey, one of the judges and the Manuscript Project series editor, presented the winners with their prizes at a gala benefit event. After spending so much time with the writers’ manuscripts, the award ceremony was the first time Allfrey had an opportunity to meet them in person. Soon, she noticed something different about one of runners up. She described a moment of pure emotion, realizing that not only was Millimono, suddenly to become a published novelist, standing on this stage against many odds — lack of facilities, living through war, all the while writing — but he was also deaf.

In the summer of 2013, I’d joined Kwani Trust, Granta magazine and the British Council for a workshop series in Nairobi. During the workshop days, I kept thinking about Peter Brook’s idea of “immediate theatre”: that putting on a play is only worthwhile when its content is immediately relevant to the society in which it is being performed. How storytelling is urgent and politically potent — something that sometimes can be forgotten in the whirls of book launches and marketing hype.

This sense of immediacy struck me again and again during the workshop in which event organizers and publishers from across Africa explored solutions to the challenges of introducing new writers to new audiences. It struck me as Ellah Allfrey sat down with a host of emerging African writers for her fiction writing workshop. It struck me as we sat on bales of hay, eating barbecue in the lush garden of a music studio that hosts Kwani’s Sunday Salon, listening to slam poetry from Afurukan, whose Word N Sound slam poetry series, he says, opened up a new, democratized platform for political speech in South Africa. It struck me again when Allfrey told me about her experience of meeting Saah Millimono. On an intellectual level, I had understood the extraordinary work that Kwani was doing. But it was only when I worked alongside them and a community of Pan-African literary professionals that I got a real sense of what it takes to write and publish here.

Kwani: Then and Now

Kwani Trust Executive Director Angela Wachuka says of the organization’s early years: “What was overwhelmingly successful in those first few years was the channelling of energies and abilities without promise of remuneration into the production of the journal and successive literary events, primarily poetry and prose readings.”

She was drawn in to the organization with the energy and passion that still characterizes Kwani’s activities: “I first met the Kwani? Founding Editor, Binyavanga Wainaina in 2006 while I was working at the Africa department of the BBC World Service in London, and had gone to a reading of his at the British Library that the producers intended to cover. I later met a group who were involved with conceptualizing Kwani? along with Binyavanga, or had been contributors in the early days, including Parselelo Kantai and Martin Kimani, at an African film festival in Brixton where they were furiously debating some Kenyan matters—I had never quite seen anything like it.”

Remembering Kwani’s beginnings as a loosely structured artists’ and publishing community, Billy Kahora, writer and Kwani managing editor, says: “A twenty-four year old regime is elected out of power in 2002. There is political excitement. The Ford Foundation is also going through a renaissance, expanding their involvement here. And Kwani is one of the identified spaces as part of this growth.” The foundation continues to support Kwani.

Kwani’s community and cultural output reached a milestone in the aftermath of the post-election violence in 2007. The writing, poetry, essays, photographs and cartoons published in Kwani’s anthology “provided a reference point that revealed the organization’s and independent media’s positioning as intellectual and conceptual sites of public memory and memorialization,” says Wachuka. But around this time, Kwani was also heading towards crisis.

“Most organizations of Kwani Trust’s nature typically whiz through the early stages of setting up “the dream,” Wachuka says, “realizing the resources required and settling into a period of relative growth before an impending crisis that then forces them into some level of maturity as an institution. I joined Kwani Trust at a time of crisis.” Wachuka was instrumental in “institutionalizing the organization; building structures that involved non-artistic and non-literary individuals in its continued formation, investing in distribution networks for the organization’s products, programmatic and institutional marketing.” Essentially: ensuring sustainability.

Kahora adds, “Our goal is to create a serious literary platform. For Kwani to become the first port of call for people looking for contemporary literature in this space.”

“In the period since 2008, the Trust’s earned income has grown by 45%, and there is a more pronounced realignment with emerging distribution methods including mobile technology that provide alternative models of sustenance to donor funding. Kwani Trust is not just for Kenya, but is a vital hub for African writing,” says Wachuka. The specific challenges Kwani faces are highly relevant when thinking of the future of the global publishing industry.

Notable Partnerships and Challenges on the World Stage Notable developments over the past few years include Kwani becoming the publisher for the annual Caine Prize for African Writing anthology for the Kenyan market, and partnerships with Chimurenga in South Africa and Cassava Republic in Nigeria to produce an edition of Chronic, a PanAfrican newspaper. Wachuka says, “The latest edition of our annual journal by far stretches the PanAfrican vision beyond any other earlier edition – with a thematic focus on the African Diaspora, a multitude of nationalities are represented.” Kahora says that Kwani is looking into producing regional anthologies, such as for the Horn of Africa or East Africa. Just before the anniversary celebration in November, the Spoken Wor:l:ds cultural exchange that Kwani is involved with kicked off in Nairobi with events with visiting rappers and spoken word artists from Berlin. This April, the artists from Nairobi and Billy Kahora will visit Berlin for a similar program.

“Literature operates out of the nation state — you cannot be confined by the borders of this nation. When the writers first came together, they had their likes and dislikes; Kwani had to become part of the international community of letters. Immediately some of the best writers headed out, and were being recognized internationally. Kwani can take credit for that,” Kahora says.

During Chimamanda Ngozi Adichie’s speech during the anniversary celebrations, she told the story of how she became a writer: she had been writing as long as she could remember but her parents encouraged a sensible career path. After rejecting the idea of becoming a doctor and “escaped to America” and studied media, with the intention never to stop writing. There she was introduced to “The other African” by a fellow member of an online writers community. It was Wainaina. This was the beginning of a long friendship and a branch of Kwani’s then-nascent community network. One can imagine that within the Kwani community today, similar narratives are unfolding.

For instance, the emerging writers who participated in Allfrey’s workshop last summer went on to form jalada.org, a pan-African writers collective that exists mainly online as a literary journal. Like the founders of Kwani who came together because there wasn’t an established literary community or publication to rally around, these writers are coming together to nurture their craft, network and community. “It’s what you hope will happen”, Allfrey says when asked about working within the Kwani. And from within these efforts — Jalada, the Manuscript Project, the Kwani journals and partnerships — the heirs of Adichie and Wainaina are emerging, and hopefully will take the Kwani stage when the Trust turns twenty, telling the next generation of Pan-African stories.