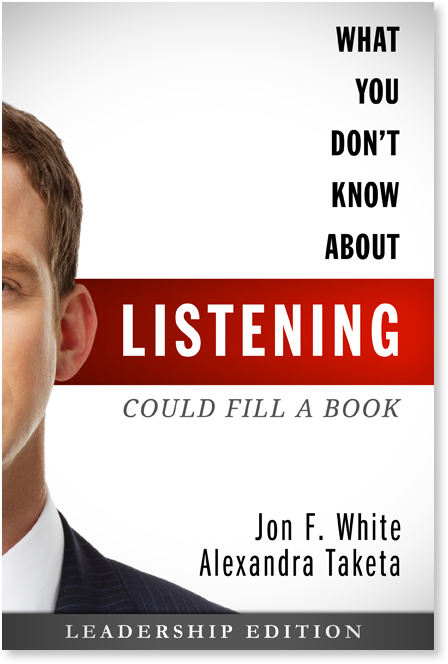 Our monthly selection of reviews from BlueInk Review, a service which reviews self-published books, stars an “impressive” historical novel of the Middle Ages and a guide to listening, among others. The Lion and the Unicorn, by Helena Vor: Set in England during the Middle Ages, this story revolves around 24-year-old Andrian, crown prince of Briton and fearsome commander of the most powerful military in the world. After nine years of waging war in the most brutal way in Jerusalem, Andrian is scorned by the king, who revokes his command and denounces his marriage to his Egyptian wife. Embittered, Andrian surrenders to his nature’s darker impulses — with consequences that are both catastrophic and cathartic. Vor’s prose is precise, elegant and emotive, creating an impressive story that demands a sequel. Read review. What You Don’t Know About Listening (Could Fill a Book), by Jon F. White and Alexandra Taketa: Authentic listening, the authors posit, goes far beyond the nodding heads and monosyllabic-filled utterances that too often pass for conversation. Their book offers solid listening advice, grounded in the authors’ belief that posing the right kind of questions can help a conversation thrive. Read review.

Searching for Pekpek: Cassowaries and Conservation in the New Guinea Rainforest, by Andrew L. Mack: When Mack set off for the far reaches of the Papua New Guinea rainforest to study cassowary droppings, he discovered much more than bird scat. Here, he tells stories of his hair-raising jungle adventures and of his struggle to bring the area’s riches to light while simultaneously protecting its delicate ecosystem. Mack is a natural storyteller who peppers his tales with a good dose of self-deprecating humor, offering an utterly engrossing read. Read review.

The Empress of Graniteport, by Roland L. Bessette: With the same storytelling prowess that earned him high praise in a biography of Italian tenor Mario Lanza and a novel about Ernest Hemingway, Bessette offers a sprawling epic set in Graniteport, Maine. At the heart of the tale is a murder that brings a dogged FBI agent to town, where he must sift through the familial deceptions, arcane culture and long-held resentments that drive Graniteport’s residents to uncover the truth. With a voice that strongly suggests the influence of Steinbeck’s Cannery Row and a style that bears similarity to the cast-heavy novels of John Irving and Richard Russo, the novel delivers all the sins and saviors that a story this big requires. Read review.

Field of Vision, by Michael Jarvis: Both an adventure and a love story, this gritty novel tells the tale of photographer Jake Mayfield, who goes to the Caribbean island of Soufriere to shoot photos, only to find himself in a showdown with a local “pseudo-rasta.” When he falls for a shy local girl, this puts her in danger as the stakes grow and it’s clear that this is a clash that can only end in violence. With fully rendered characters, a keen ear for dialogue and dialect, and an eye for description, this is a well-told story that may especially appeal to male readers. Read review.

The Shooting Gallery, by Eldot: The third in Edlot’s five-part series, this novel takes place at a Boy Scout camp in 1962 and centers on Julian and his fellow campers’ gay sexual encounters in a utopian environment where the characters are not influenced by the usual shame or taboos society places on sex between males. The story goes inside the heads of the characters so that readers understand their bashfulness, longing, and curiosity, creating a perfect read for those who appreciate homoerotic content without the usual overblown raunch so common to the genre. Read review.

The Shadow of Her Smile, by Ajit Hutheesing:  When the author, a member of India’s famous Nehru family and school chum of Zubin Mehta, meets Helen Armstrong, a woman groomed from age 3 to be a violin prodigy, they fall deeply in love and marry. With writing that’s compelling and polished, Hutheesing sketches a loving portrait of his wife, who died tragically on stage during a concert. Read review.

The Invitation, by Molly Sutherland: Founder of Resurrected Life Ministry, Sutherland asks readers to investigate the reality of God in this engaging, illustrated book that offers instruction in Christian teachings in an uncomplicated manner. At the end of each chapter, readers are presented with an option: Read the next chapter or skip to a different one based on their interest. An excellent read, the book should find an audience in Christians desiring a tool to share their faith in a simple, down-to-earth way. Read review.

Ruthie: Or How Great Grandma Got Those Scars, by Linda Ruggiero: Based on Ruggiero’s Lithuanian family history, these stories are set in 1930’s Pennsylvania and revolve around eight-year-old tomboy Ruthie as she helps out on the family farm, loses a dear friend to illness, concocts a scheme to get to the World’s Fair that even Tom Sawyer would have shied away from, and more. With her young hipster slang, Ruthie is a heroine who shines on the page and is sure to attract many fans. Read review.

A Tale of Two Sparrows, by Jacques van Heerden: A chapter book that should encourage young birders, this story is couched in the voice of Billy, a young sparrow who muses about everything from his courtship with his mate, to the best food to eat, to how he is related to other types of birds. As Billy learns about his surrounding world (noticing, for instance, that “the cuckoo’s egg and young are much bigger than a sparrow’s”) so, too, do readers. Lovely drawings enhance the charming text. Read review.