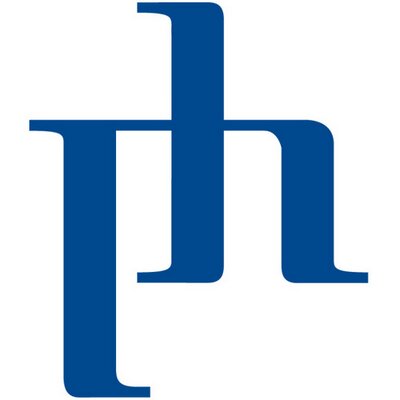 At Tablet Magazine, Vladimir Davidson took a look at the UK’s Halban Publishers, which he described as “the best little Jewish publishing house in London,” and which recently celebrated its 25th anniversary.

Run by Peter and Martine Halban, it has been called England’s most cosmopolitan and finely curated Jewish and Middle-Eastern-themed literary press. The couple began their careers in publishing in London, before moving to Jerusalem where Martine freelanced and Peter ran a small publishing house called Domino. But after spending a few years in Israel, the couple returned to London, “with the blessing of their friend, the impossibly grand publisher and man of letters George Weidenfeld, who encouraged them to start up a small press that he would bring into his distribution network.”

“The first book the Halbans published was Dan Vittorio Segre’s Memoirs of a Fortunate Jew, a gorgeously lyrical and beautiful memoir of a wealthy Italian Jewish youth’s immigration to mandate Palestine after a stint in the Fascist cadets, and a winner of the prestigious Wingate Jewish prize. ‘Well, this is easy,’ Martine recalled herself thinking. The Halbans next launched what was the first general-interest ‘Jewish Thinkers Series,’ under the loose editorial stewardship of the great rabbi, essayist, and enlightenment scholar Arthur Hertzberg, author of the fantastic memoir A Jew in America.

“The sensibility of the press’s backlist is one of crystalline coherence and curatorial good taste. It publishes quite a few books written by immigrants and refugees, including novels by an eccentric Anglo-Pakistani and myriad intrepid Iranians. Many books that they publish are Middle Eastern variations on the Jewish refugee thematic that shaped both of their family histories, such as Mona Yahia’s When the Grey Beetles Took Over Baghdad. ‘Most of our books deal with a clash of cultures. That may have been a subconscious guiding principle by which we selected our books. It wasn’t a conscious decision, but we do have a very unified list,” Martine confirmed…”

“Halban press faces the usual problems that confront small and independent publishers. If one does not have a full-time publicist on staff one will be forced to do the tedious organizational work of setting up publicity tours oneself (as well as driving authors to talks that might be attended by a dozen people in a tiny town). One gets offered sub-par first novels that one is then forced to reject. After that rejection you might not be offered the second novel as ‘people resent being rejected by a small press’ and thus you will never hear from writers when they pen the accomplished third novel. All of this is compounded by the difficulties of attracting established authors. On the other hand, one has to work exceedingly hard to launch a new author, and if they do too well they might leave you for a bigger press and a larger advance. A.B. Yehoshua, whose collected short stories the press was the first to publish in England, and who has retained Halban as his primary British publisher, has been loyal to the press; the Halbans are much too well-mannered to tell me about the writers who lacked this allegiance.

“The house faces problems specific to the British Jewish literary scene. Though the Halbans were warned by their friends about the perils of niche publishing, ‘people were happy to see a Jewish-themed press that filled certain gaps in the publishing landscape succeed.’ Amos Oz was the first of the Israeli-born generation of writers to be well known in England, but the press introduced other noteworthy modern Israeli literature to Great Britain. (‘To be fair to non-Jewish British publishing houses they did publish Oz and David Grossman,’ Peter allowed.) The Jewish Book Week is an extremely useful institution without a direct American equivalent. Yet England lacks the equivalent American networking structures such as the Jewish Book Network, which has no parallel in England, which makes organizing author tours difficult. The Halbans inform me that the current state of British Jewish writing is vigorous, but the size of the readership is probably inadequate to support it.

“After years of complaining bitterly about never being shortlisted for the Man Booker Prize, the British Jewish writer Howard Jacobson won it in 2010 for his novel The Finkler Question. His winning it is in fact a good argument that English Jewish writing has moved squarely into the mainstream of literary life and the canon. This does not mean that its realm is huge however. ‘Considering that they are the people of the book, it is a tiny market, the Jewish market,’ Martine explained. ‘In fact, if our books were only being bought by British Jews, we would be in big trouble.’”

To read the rest of the article, including more about the Halbans, the effect of libel laws and the widening gap between British and American publishers, e-books as “the saving grace at the end of the tunnel,” and more, click here.